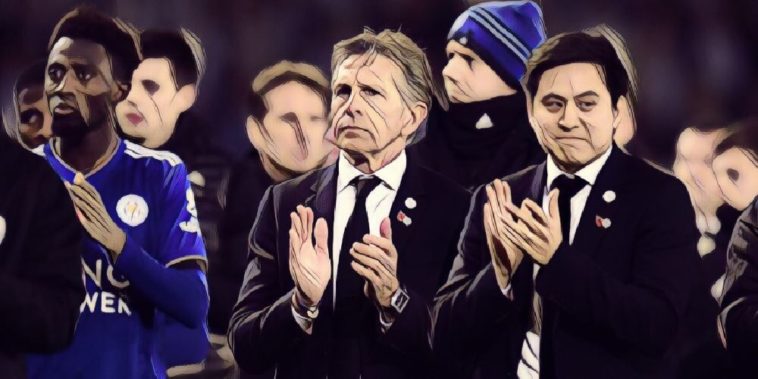 Claude Puel said he was proud of his Leicester City players who battled through a 0-0 draw with Burnley today.

Leicester’s players and fans have endured an emotional two weeks following the tragic death of club owner Vichai Srivaddhanaprabha and four others.

Following last week’s win over Cardiff City, the players and staff travelled to Thailand to pay their respects at the late owners funeral service, so they were sure to be both mentally and physically drained.

Speaking after today’s draw at the King Power, the first home game since the tragedy, Foxes manager Claude Puel said he was proud of his players.

“It was difficult with a lot of emotion around the game, during the game and after the game,” Puel told BBC Sport.

“We were unlucky but I was proud of the players’ performance because they gave their best in this situation.

“It was important to give our best and there was a lot of emotion. It was a tough week to prepare this game without training sessions and a long journey to Bangkok. The players compensated with desire.”

Puel took the opportunity to praise his players after coming through what has been a very difficult week.

“I would like to congratulate the players because it was difficult. I hope we can continue this response to honour our chairman.

“Of course we are disappointed not to win but I am proud about the performance and mentality. The most important thing is to always give our best. It was a professional attitude. A lot of people at the club have learned about themselves.”