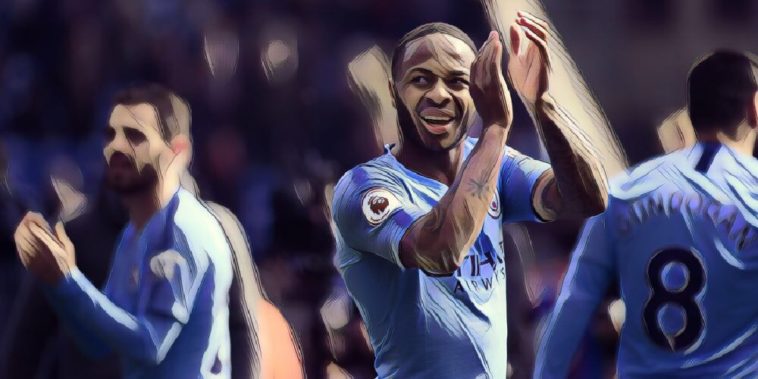 Every cloud and all that! Harry Kane may be out for what’s left of this season, but at least his teammates showed against Huddersfield that they can do that very British thing; keep calm and win footie matches. Well, Lucas Moura can anyway.

The Brazilian was in red hot form against the Terriers, smashing home a delightful hat-trick; the first at the new stadium for Spurs no less. It’s now up to the likes of him and Son to keep the North London outfit afloat and on this evidence, he is up to the task.

It was not quite the impact Manuel Pellegrini was hoping for, when he introduced Ryan Fredericks to the action at Old Trafford on Saturday. With just 15 minutes to play West Ham were looking as though they may well pinch all three points on a chilly spring evening in Salford.

Mr. Fredericks had other ideas though and within four minutes of his introduction he was pleading his innocence to Graham Scott, having just hauled down Anthony Martial for a stonewall penalty, with the Frenchman through on goal. Not ideal.

Another weekend, another fine display from Manchester City’s main man. Sterling has been inspired this season and his brace at Palace capped off a classy all-round display from The Champions.

The former Liverpool winger is a nominee for Player of the Year and on the evidence produced so far during this campaign, he’d be a fair enough winner of that accolade. Yes Palace were about as threatening as a Sunday morning farmer’s market, but Sterling still showed composure and poise with both of his fine finishes at Selhurst Park.

As Saturdays go, this was about as bad as it can get for Brighton and their French winger. The former Leicester City man drew a collective groan of horror at the Amex Stadium as he lunged in very late on Bournemouth’s Adam Smith with his studs up and recklessly out of control.

The Frenchman had just given the ball away for the visitor’s second goal and was undoubtedly frustrated, but it is hard to condone such a grim challenge. A red card was always coming as the winger hit the self destruct button.

If it was at all possible, the Egyptian King did, even more, to endear himself to the Liverpool faithful on Sunday. Salah is already idolized in the Red half of Merseyside, but his world-class strike against Chelsea almost lifted the roof off the Kop end.

Salah’s class is obvious and he showed it with this goal to sink his former employers; arrowing one in from 25 yards out with laser-guided precision. Do yourself a favour and just take a look at if for yourself, if you haven’t already, it’s bloody brilliant! Although, Shay Given seemed more interested in his dinner…

Mr Dean strikes again. Whatever you think of Mike Dean’s decision to overrule his linesman and take away Cardiff’s penalty at Turf Moor on Saturday, you cannot deny the man is the archetypal pantomime villain and epic showman.

The flamboyant and often comical referee will certainly not be on Neil Warnock’s Christmas list this year after refusing to give any one of about four decent shouts for penalties for the struggling Welsh club.

He did though, manage to book Ashley Barnes for a cheeky kiss on the nose of Joe Bennett as the two squared up for handbags at dawn. At least he got something right on Saturday, sort of.

"How can that be overruled is ridiculous" – @Osman21Leon

Ben Mee heads the ball onto his own hand. The assistant gives it. Mike Dean disagrees.