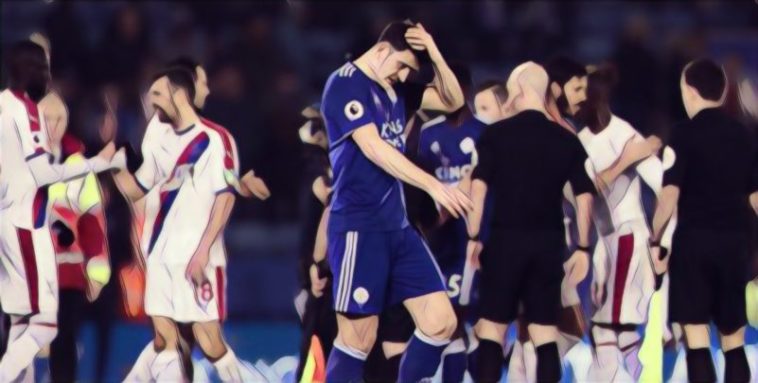 Watford continue to impress this season. They reached a headline moment in their campaign on Friday night as they smashed Cardiff City 1-5 in the Welsh Capital. Gerard Deulofeu was the main man for the Hornets as he fired them to a 0-3 lead with a wonderfully taken hat-trick. Each finish was better than the last as the former Barcelona man showed his true colours, his third goal, in particular, was a gem as he lofted the ball over the onrushing Neil Etheridge in the Cardiff goal to wheel away in delight in front of the travelling fans.

He also became the first Watford player to bag a Premier League hat-trick in their biggest top-flight win since before football was invented, in 1986. Not a bad night’s work.

This one was a bit naughty by the Huddersfield right-back on Saturday. The Premier League’s whipping boys must have caught a glimpse of their afternoon to come as Miguel Almiron added pace and aggression to Newcastle’s forward line.

Cue Smith lunging in on the Paraguayan with a dangerous and horrible stamp of a tackle. It was a true Premier League welcome for Newcastle’s new boy and their fans will have been relieved to see him get up unscathed from it. Smith was duly shown his marching orders and condemned his side to yet another miserable afternoon in the protracted slide towards the trap door this season.

As Roy Hodgson celebrated becoming the oldest ever manager in the history of the Premier League, his Palace side made light work of a hapless Leicester City at the King Power. It was Zaha’s expertly taken brace which condemned the Foxes to yet another defeat in 2019 and which ultimately lead to Claude Puel being handed his P45 shortly afterward. Zaha had a quiet game on balance, but took his chances brilliantly, showing real composure and quality to apply the finishes on the break. He remains Palace’s star man as they look set to achieve another Premier League survival job.

In fairness you could have taken your pick from any one of Leicester City’s starting XI as they put in a textbook capitulation to the dastardly, direct ball, counter attack of Roy Hodgson’s Crystal Palace. You have to have some sympathy for their fans and departing manager, to see so many talented players playing so badly in unison.

But it was their World Cup darling Harry Maguire who stood out like a sore thumb in a woeful defensive showing. The England centre-half shaved millions off his inflated asking price as he lapsed twice to allow Palace in with really sloppy defensive work. You need so much more from your commanding centre-half when you’re up against it, but on this evidence, Maguire’s head was altogether elsewhere on a dismal Saturday evening for the Foxes.

It was a day of jubilation in Newcastle. Their fans finally got to see the proof that their miserly owner finally put his hand in his pocket – despite Rio Ferdinand’s advice – and broke the club’s miserable run of 14 years without a record transfer.

New record man Miguel Almiron was the talk of the town as his pace, hunger and aggression up front gave some much-needed quality to the Magpies’ attack. However, it was their 21-year old central midfielder Sean Longstaff who had the pundits purring. The local lad, with the coolest name in football, put in an epic display for his side as he pulled the strings from midfield, pinging passes like a young Steven Gerrard and orchestrating Rafa Benitez’s pre-planned counter-attacks.

This kind of performance will have the scouts making time to head up north to see if this lad is the real deal. Had his thumping effort gone in, late on in the second half, it would have been a goal of the season contender.

Bournemouth have gained a reputation for being one of the nicer teams in the Premier League over the past few years. However, on Saturday Wolverhampton Wanderers were treated to some South Coast, Columbian inspired hospitality as Jefferson Lerma rolled up his sleeves.  The summer signing took a note right out of the Sergio Ramos manual for flying elbows as he flew into Joao Moutinho in the second half, with a move that would have made the Real Madrid thug proud. How he got away with only a yellow for what was basically common assault, only Rodger East will know.