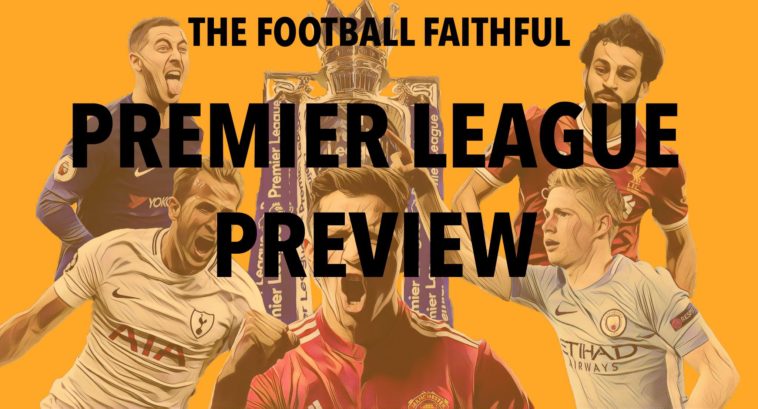 Three down, thirty-five to go, another weekend has come and gone. Another sack full of goals and a fair few red cards kept us all talking. Here’s five things we’ve learnt from the action this weekend.

Arsenal could be fun to watch, for the neutrals

An exciting match at The Emirates saw The Gunners get their first points of the season with a 3-1 win over West Ham.  The result though is rather flattering on Arsenal who were wide open and gave far too much to the Hammers on the day.

They are going to come across much more clinical sides this season and Emery must solidify that porous defence if he has any hope of getting the better of them. West Ham could have had three or four goals on the day as their opponents bombed forward, leaving spaces wide open at the back.

Particularly evident was Monreal and Bellerin’s commitment to attack. Arsenal’s overlapping full backs are a wonderful asset, but their midfield colleagues will have to drop back and put in some hard yards in order to fill in the gaps caused by them getting forward so much. As long as the defence remains so vulnerable, Arsenal will struggle to make gains this season.

Big teams will really have to earn every point

Whether it’s World Cup Syndrome or a brick wall of deep sitting defenders, the big sides are going to have their work cut out this season. It’s a well known fact that the Premier League grants no side a day off. If you let your guard down, you’re likely to be turned over. However, the weekend delivered a trio of tight results for the would-be contenders this season.

Liverpool, Chelsea, and City all faced sides likely to be in the bottom half this season. All three struggled, with City dropping points at Wolverhampton. Liverpool looked leggy in the second-half of their win at Home to Brighton and Chelsea needed a late own goal to get all three points at St James’s Park.

All three sides managed to avoid any major upsets, but they would hope for more comfortable afternoons in the near future.  They will have their work cut out for sure this season as plenty of expensively refurbished sides will do their utmost to salvage points from the big boys.

New boys show us what they can compete

It was a much better weekend for the promoted clubs as a third game is already chalked off in their Premier League calendars.  Wolves finally showed their teeth with a much more convincing display. They still look poor in front of goal, but as a collective, they were very organised and industrious in their 1-1 draw with The Champions. Willy Boly was immense at the back and their midfield was excellent in screening the back four when their backs were to the wall. Molineux looks like it will be a very tough place to go.

Fulham were fantastic in their 4-2 win over Burnley. The Cottagers were full of attacking intent and creativity. Their new signings roared into life and Mitrovic looked like the nuisance centre-forward he should be every week. Their survival looks more likely with displays like this.

Southampton for the drop?

All is not well on the South Coast, as Southampton failed to win at home yet again. It’s just one win at St Mary’s since November 2017 and Mark Hughes’s men look worryingly disjointed. Their decision to sign Danny Ings as the solution to their lack of goals also looks baffling. The forward, on loan from Liverpool is a decent player, but is not the most clinical finisher and will need to make more of the chances that come his way.

They will need to find goals from somewhere if they are to stay up. Either that, or shut up shop at the back and grind out wins.  Their back four looks as weak as it ever has since their return to the Premier League. Like Swansea last season, they look a side with plenty of obscure, foreign journeymen, who are decent technically but not so hot in a scrap for survival. It could be a long old season for The Saints.

In a crazy game at home to Everton, Bournemouth came back from two nil down to snatch a point at home. Eddie Howe’s men were their usual attacking selves, but found themselves behind to an Everton side which had looked much more clinical.

However this fixture has become something of a modern classic, with twenty-five goals in the past seven meetings between the two teams. That’s now twenty-nine in eight meetings with Joshua King and Nathan Ake leading the fight back for The Cherries on Saturday afternoon.

A lesser team with a lesser manager may well have struggled with such a reputation for going behind in games. However Bournemouth have now scrapped back twenty-five points from losing positions since the start of last season. Yet more proof of the good work being done by Mr.Howe at The Vitality Stadium.

Yes, you could argue they need to show more control to avoid going behind in the first place, but you cannot take away from the determination and bloody mindedness of the squad assembled by Eddie Howe. Glory days indeed!