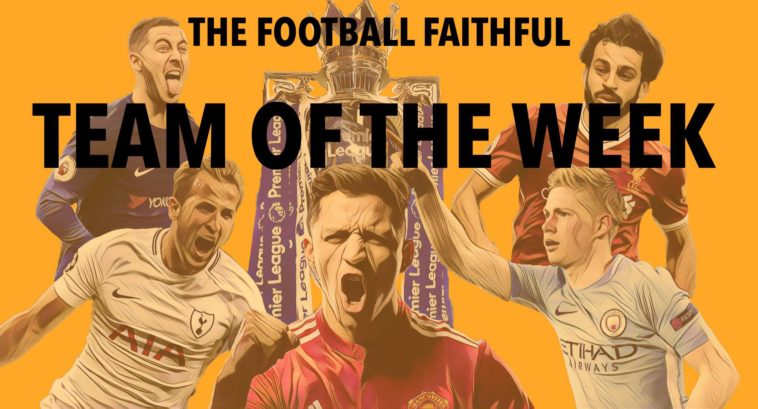 Brighton continue to improve and their 1-0 win over Wolves was their third in succession, all with the same scoreline. Central to that was Australian goalkeeper Ryan, who made several smart stops to maintain his clean sheet and earn three more points for his side.

Amongst a raft of expensive summer signing’s West Ham‘s Fabian Balbuena has gone quietly under the radar. The defender has been a solid addition and scored his first Premier League goal to earn The Irons a point at Leicester, becoming the first Paraguayan to score in the EPL since Wigan’s Antolin Alcaraz back in 2012.

Bournemouth’s fine start to the season continued with a comfortable 3-0 win at Fulham. Whilst the attacking unit will be lavished with praise, just as important to the side is Dutch defender Ake. The former Chelsea youngster has shone this season and continues to be linked with a move to the likes of Tottenham and Manchester City.

Chelsea proved they can cope without the injured Eden Hazard as they kept pace with the league leaders with a fine 4-0 win at Burnley on Sunday afternoon. Marauding full-back Alonso is often central to their attacking play with over-lapping runs down the left, and he was once again, with the Spaniard registering his second assist of the season.

Crystal Palace captain Milivojevic bounced back from last weekend’s penalty miss to twice score from the spot as his side 2-2 draw with Arsenal. The Serb’s composure from 12-yards ended Arsenal’s winning streak and earning a valuable point for the hosts.

Gareth Southgate must really be enjoying seeing Ross Barkley back in form and enjoying his football again. After a slow start to his Chelsea career, the former Everton man again impressed in their win at Burnley. The Liverpudlian scored once and provided two assists, and on this form must be a shoo-in to solve the England midfield’s dearth of creativity.

As Bournemouth continue to impress so does their diminutive Scottish winger. In a comfortable win at Fulham, the man dubbed ‘wee-man’ provided two assists to take his total for the season to five, the joint-most in the division.

Like Bournemouth, Watford continue to impress and dream of the European places. Saturday’s thrashing of Huddersfield leaves The Hornets in seventh, and central to their impressive win was Spaniard Delefeou. The talented winger’s pace and trickery caused problems all afternoon and he capped his display with a stunning finish for his first goal of the season.

Back in the team after injury, Liverpool‘s Sadio Mane marked his return to the starting line-up with two goals of the highest quality against Cardiff. His first, rifled into the corner with his left-foot showed real power whilst his second demonstrated his finesse, lifting the ball over the on-rushing goalkeeper to take his tally for the season to six.

Having followed last Saturday’s winner with a brace in the Champions League mid-week, Salah is slowly beginning to show the form which saw him crowned PFA Player of the Year last season. He was again impressive in Liverpool’s win over Cardiff, opening the scoring before laying on goals for Xherdan Shaqiri and Sadio Mane in a routine win.

A direct hand in all three goals, including scoring twice himself, Callum Wilson again impressed in Bournemouth’s win at Fulham. The forward has now been involved in nine goals this season having scored five and assisted four in an impressive start to the season. Could a maiden England call be cards? On this showing, it certainly shouldn’t be far away.