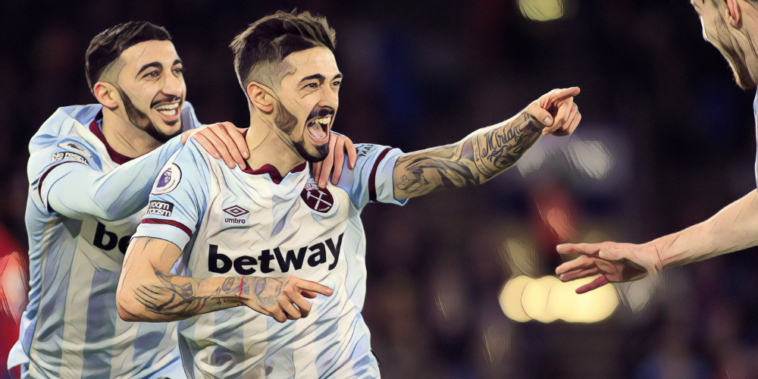 Each week we delve through the Premier League’s weekend action and compile our divisional Team of the Week, with the first fixtures of 2022 providing huge entertainment.

Manchester City extended their lead at the top of the Premier League following a hard-fought late win at 10-man Arsenal, as nearest challengers Chelsea and Liverpool shared the spoils in a breathless encounter at Stamford Bridge.

Leeds gave themselves much-needed breathing room from the bottom three after beating Burnley, whilst Spurs left it late to snatch three points at Watford.

Liverpool were without a host of senior figures at Chelsea due to positive Covid-19 tests, with Alisson amongst the most notable absentees alongside manager Jurgen Klopp.

Caoimhin Kelleher has barely put a foot wrong during his fleeting appearances at senior level, but the clash at Stamford Bridge represented the most serious challenge of his fledgling career at Liverpool.

“I thought he was outstanding. Not only his saves, but showing personality on the ball, playing out, being calm, his distribution was good.” #awlive [lfc] pic.twitter.com/azH3vdj52q

The Irishman was confident in his handling and kicking, however, whilst he made a series of crucial interventions including sprawling to stop Christian Pulisic when clean through in the opening minutes.

Kelleher made another fine save from Pulisic in the second half and the 23-year-old showcased he has the mentality to step in when required for the Reds.

Leeds secured a pressure-relieving result after beating Burnley this weekend, a huge boost to Marcelo Bielsa as his side moved clear of the Premier League’s bottom three.

Stuart Dallas produced a signature showing during the 3-1 win at Elland Road, as Leeds’ utility man provided a performance full of hard-running and tenacity on his 250th outing in the club’s colours.

🙌 What a way to mark your 250th! pic.twitter.com/PeLBQ8lrlu

Dallas marked his milestone game with a superb second goal for the hosts, having spent the clash bringing end-to-end energy in a marauding advanced role down the Leeds right.

Sanchez continued his renaissance under Antonio Conte with another comfortable performance in Spurs‘ 1-0 win at Watford, the towering Colombian defending well against the limited threat the Hornets provided.

The 25-year-old has grown in stature since Conte’s arrival as manager, with the north Londoners remaining unbeaten in the Premier League under the Italian’s guidance, whilst Sanchez ensured their top-four pursuit continued with a dramatic stoppage-time winner at Vicarage Road.

95:45 – Davinson Sánchez's header against Watford is the latest winning goal Tottenham have scored in a @premierleague game since Opta have exact times of goals in the division (from 2006-07), timed at 95:45. Sting. pic.twitter.com/WQmQMmiknz

The centre-back glanced home Son Heung-Min’s free-kick in the sixth minute of stoppage time, a result that leaves Spurs two points outside the Champions League places with two games in hand.

Dan Burn has impressed as a leader in the Brighton backline in recent weeks, stepping up in the absence of Lewis Dunk as the Seagulls have secured positive results at Chelsea and Everton.

The towering centre-back was again excellent as Brighton won 3-2 at Everton this weekend, making a host of vital clearances and scoring his side’s second after finding himself unmarked at the back post to head home.

The fact that Everton allowed the tallest player on the pitch the freedom of the penalty area is another matter, but it was another great moment for Burn who is enjoying his football under Graham Potter at present.

Arsenal were left cursing their luck after a late defeat at home to Manchester City, a good performance unravelling in the second half as the league leaders scored a stoppage-time winner.

There were several encouraging showings from the Gunners, however, including full-back duo Kieran Tierney and Takehiro Tomiyasu who stood strong against the considerable threat City possessed.

Tierney added another assist to his collection with an excellent pick out of Bukayo Saka for the game’s opening goal and was again strong defensively, another good performance from the Scotland international who is back to his best in an Arsenal shirt.

Brilliant amongst the chaos that was Chelsea’s 2-2 draw with Liverpool, the visitor’s midfield failing to get close to the Croatian and N’Golo Kante as the duo grew into the game at Stamford Bridge.

Kovacic was at his press-resistant best in the engine room in a wonderful all-round performance, leading the clash for duels won, tackles made and take-ons completed.

The 27-year-old led his side’s comeback with a stunning goal from distance, a volley from the edge of the area and a demonstration of technique that leaves you wondering how he doesn’t produce goals more often.

Chelsea missed Kovacic during his injury-enforced absence earlier in the campaign and in the midfielder and Kante the west Londoners have two of the best box-to-box presences in the Premier League.

Thomas Partey produced arguably his best performance in an Arsenal shirt against Manchester City this weekend, the midfielder at his domineering best as the Gunners went toe-to-toe with the champions at the Emirates.

Partey crashed into challenges and harassed City’s midfield options, whilst he showed his ability to get his side on the front foot with a number of driving runs forward through the centre of the pitch.

The Ghana international has failed to find this form on a consistent basis since his arrival from Atletico Madrid, but this was an individual performance that underlined the central role he will have in Mikel Arteta’s emerging side.

His exit now for Africa Cup of Nations duty is a major blow to Arsenal’s top-four push and Arteta could look to address his absence in the January window.

Having been a forgotten figure over the season’s opening months, Manuel Lanzini continued his turnaround in fortunes at West Ham with two goals in the Hammers’ 3-2 win at Crystal Palace.

The Argentine failed to start in any of the club’s opening 14 league fixtures of the campaign, but has now netted four times in eight matches since returning to prominence under David Moyes.

Lanzini scored a stunning first against the Eagles this weekend, teeing himself up with a bouncing ball and showing sublime balance and footwork to lash home, before cooly converting a penalty for his second of the afternoon.

Manuel Lanzini, what a goal 💥 pic.twitter.com/jrfEt24lDZ

The 28-year-old found gaps all afternoon and constantly sought to make things happen, his return to form a welcome addition to West Ham’s creative ranks.

The unrest at Everton increased following the club’s 3-2 defeat at home to Brighton on Sunday, a result which leaves the Toffees 15th in the division and has piled the pressure on Rafael Benitez.

Amongst a whole host of disappointing performances was the bright spark of Anthony Gordon, however, with the academy graduate and boyhood Evertonian providing a glimmer of optimism to the home support.

The 20-year-old was bright and positive throughout, first winning a penalty that Dominic Calvert-Lewin crashed across the crossbar, before opening his account for the club with two goals at Goodison Park.

He deserved the luck of a deflected first before ghosting into the box to net his second, the youngster largely let down by the poor performances of those around him in Everton blue.

Brighton’s match-winner during the Seagulls’ win at Everton, the midfielder has taken his chance in the side in recent weeks and scored twice at Goodison Park.

The Argentine arrived into the box to score a well-taken first, before firing home an unstoppable second from the edge of the area for his fourth Premier League goal of the campaign.

⚽️⚽️ Alexis Mac Allister is only the 3rd player to score 2+ goals in an away PL game for @OfficialBHAFC, after Glenn Murray (x2) & Neal Maupay pic.twitter.com/wigbQHacFS

Having expressed his frustration with a lack of regular first-team football of late, three encouraging performances in the space of a week have provided Graham Potter with a reminder of the 23-year-old’s quality.

Led the line in fine fashion as West Ham won at Crystal Palace, with Antonio back on the scoresheet after opening the scoring at Selhurst Park.

The Jamaica international has had to endure a considerable work-load this season given the absence of centre-forward alternatives at the London Stadium, but appears somewhere closer to his best after an indifferent run of form.

Antonio met Said Benrahma’s cross on the stretch to turn the ball past Vicente Guiata for his eighth Premier League goal of the season, a haul bettered by just three players across the entire division.

Read – Premier League Team of the Year for 2021