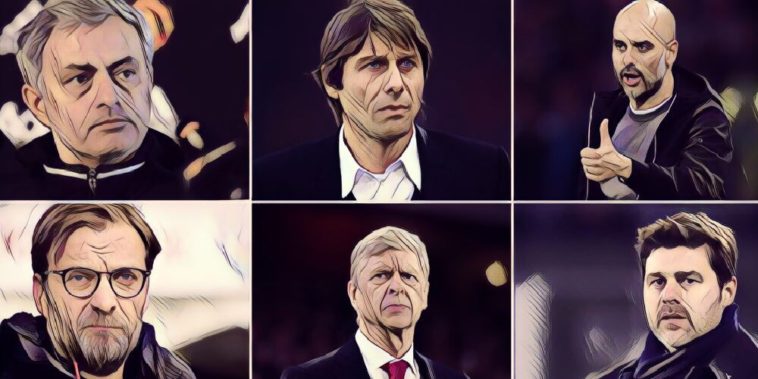 It is one of the football news stories of the week, if not the year, but Zinedine Zidane has decided to step down as Real Madrid manager. As the search begins for his replacement, a whole host of Premier League managers are being linked as potential candidates.

As we reported earlier, former Arsenal boss Arsene Wenger is the early favourite with the bookmakers to replace his fellow Frenchman at the Bernabeu. While he has had a highly successful career with the Gunners, his recent failures would make him a surprise appointment for the newly crowned European champions.

The second favourite with the bookies, and with shortening odds, is Tottenham boss Mauricio Pochettino. The Argentine only just signed a new five year deal at White Hart Lane, although some have speculated that it contains a release clause should Real Madrid or his former side PSG come knocking.

Elsewhere in the betting, Chelsea boss Antonio Conte is the fourth favourite behind former Real Madrid midfielder, Guti. The Italian is widely expected to be sacked this summer after a miserable season in the Premier League which saw the Blues slide out of the top four. If Chelsea were to sack Conte, he would be entitled to around £8 million in compensation, so maybe the Blues will hold off to find out if there is any interest from Los Blancos?

There are plenty of other candidates being currently linked, including Joachim Low and Max Allegri, while Liverpool boss Jurgen Klopp is currently priced at 18/1, fresh off the back of his sides’ Champions League final defeat to the Spanish giants.

Real Madrid president Florentino Perez has always been a fan of Jose Mourinho, now of course at Manchester United. However, the Portuguese is currently firmly in the bracket of ‘outsider’, with the bookmakers having him at 40/1, ironically a longer price to his former assistant boss Rui Faria, who recently announced his departure from Old Trafford.

The only manager from the top six (Unai Emery aside) to not be less than 80/1 is Pep Guardiola, which is, of course, unsurprising considering his ties to Barcelona, Cristiano Ronaldo is 66/1.