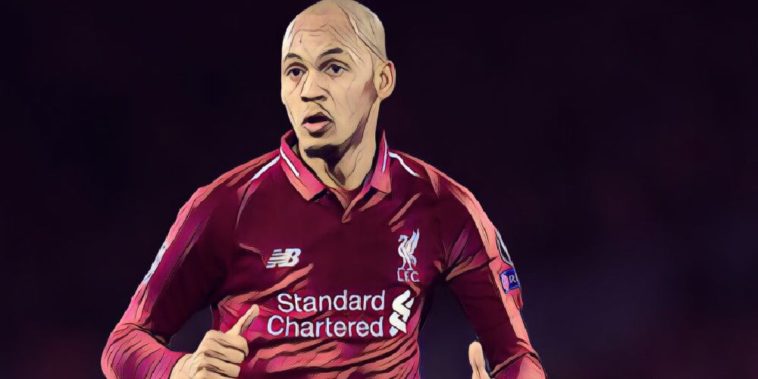 During the international break, we’ve had time to evaluate which summer signings have enjoyed bright debut seasons in the Premier League and which have struggled to make an impact.

Liverpool, Manchester United, Fulham, Leicester City and Wolverhampton Wanderers all spent big on new players this summer, but sadly they’ve all made the Football Faithful’s list of the most expensive summer transfer flops.

Manchester United paid more than £50m for a holding midfielder over the summer and are looking red-faced after Fred’s woeful start to the season. The 25-year-old can hardly get a game under Jose Mourinho, having been an unused substitute on eight occasions in all competitions.

Fred has made only seven starts across the board and finds himself below the likes of Nemanja Matic, Ander Herrera and even Marouane Fellaini in the pecking order. His big-money move was always going to come with some pressure, and it appears that has told in his performances.

The Brazilian has been left on the bench in United’s last three Champions League games and in three of their previous five Premier League outings.

Liverpool have had midfield issues of their own, splashing out £40m for a player who’s also struggling for game time at his new club. Fabinho joined from Monaco over the summer and has made only four Premier League appearances under Jurgen Klopp.

The Brazilian didn’t make his league debut for Liverpool until mid-October, with Naby Keita, Georginio Wijnaldum, Jordan Henderson and James Milner all ahead of him in the pecking order. And despite featuring in recent weeks, there’s already talk of Fabinho leaving Liverpool. He’ll be hoping to turn things around as they were big expectations upon his arrival.

Southampton paid more than £22m for Vestergaard and immediately thrust him into the starting lineup this season. The centre-back would go on to make six Premier League appearances before being dropped from the starting eleven.

Vestergaard’s last appearance for Southampton was back in late-September. He’s been an unused substitute since and doesn’t look likely to be brought back from the cold as the Saints have conceded one or less goals in three of their last four.

Fulham spent £22m to sign Anguissa over the summer and haven’t got their money’s worth for the midfielder. He’s been a regular for the Cottagers this season but has struggled for form, drawing the ire of supporters.

Anguissa from Fulham has had the worst half hour of football I can remember a player having in the Premier League. Where did they get him from?! #FULARS

The 23-year-old had been a regular in Ligue 1 for two full seasons but hasn’t cut the mustard in the Premier League. Anguissa’s Fulham side are rock bottom with only five points from a possible 36 and have failed to keep a clean sheet for their troubles.

As a defensive midfielder tasked with the role of protecting the back-four, Anguissa should take a lot of the blame for Fulham’s woeful defensive record (31 goals conceded). He’s left a lot to be desired.

Leicester seemingly beat out competition from Arsenal to secure the signature of Soyuncu, but the 22-year-old hasn’t shown his worth this season. He joined the club with an existing injury (torn muscle fibre) but can’t get into the matchday squad even after returning to fitness.

The Turkish international has made only two appearances in the first-team, racking up more minutes in Leicester’s reserves. Soyuncu had to wait two months after joining City to make the matchday squad and days later he played 80 minutes against West Ham.

He was dropped entirely for their Cardiff City clash, however, and was given just one minute from the bench against Burnley before the international break. The £19m asking price looks an even bigger gamble now.

Traore made another big-money from a Championship side over the summer, this time joining newly-promoted Wolverhampton Wanderers. However, his role has been reduced to that of an impact player, coming on in the second half for the last 15 or so minutes.

The 22-year-old has played in every league game this season, but he’s been handed only one start under Nuno Espirito Santo. Wolves broke their transfer record to bring the winger to Molineux but still don’t trust him to start games over the likes of Helder Costa.

It’s worth noting that Traore has occasionally impressed from the bench for Wolves, but for a record signing he’s not hit the heights expected of him.

Unsurprisingly, Fulham have another big-money signing underperforming this season, with Alfie Mawson also looking like a poor piece of business. The 24-year-old cost Fulham £15m but hasn’t been on the winning side this season and has hardly played in recent weeks.

Mawson had a knee injury at the start of the campaign but returned to play in three league outings before losing his place in the side. He was dropped in four of Fulham’s next six games and will now hope for a clean slate under new boss Claudio Ranieri. He’s made five appearances in the top-flight so far, only two of which have come in the last two months.