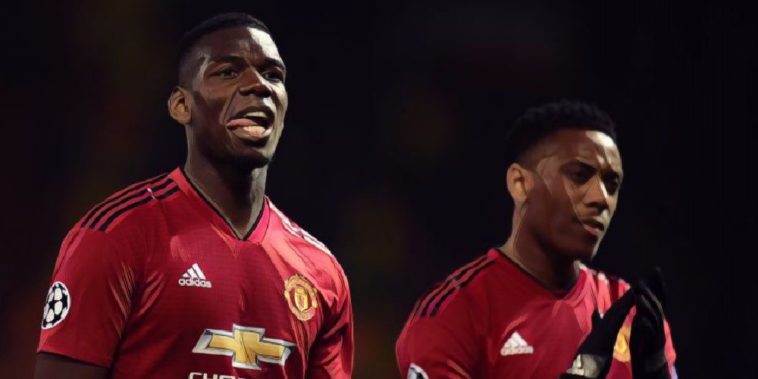 The France international has made just eight appearances in all competitions for Ole Gunnar Solskjaer’s side so far this season, though could be available for next weeks second leg of the club’s Europa League clash against Austrian side LASK.

Manchester United face the Austrian Bundesliga leaders tomorrow evening in the first leg of their last 16 tie, with Solskjaer confirming that forward Anthony Martial will also miss the behind closed doors clash, as a result of an injury sustained during Sunday’s 2-0 derby victory over Manchester City at Old Trafford.

“Anthony hurt himself when he slid into the post [against Manchester City], so he is not ready for this game,” Solskjaer said at his pre-match press conference.

“Hopefully for Sunday [against Spurs], but not sure.”

Solskjaer added that Pogba – who has not featured since the win over Newcastle on Boxing Day – is yet to return to full first-team training, though the club are hopeful the 26-year-old could be involved next week.

“Paul [Pogba] is getting closer, but not ready yet he hasn’t trained with the team yet but by next week he will be ready.”

Odion Ighalo is likely to start in place of the injured Martial tomorrow night, in a fixture that will be played without spectators due to ongoing concerns surrounding the spread of the Coronavirus.