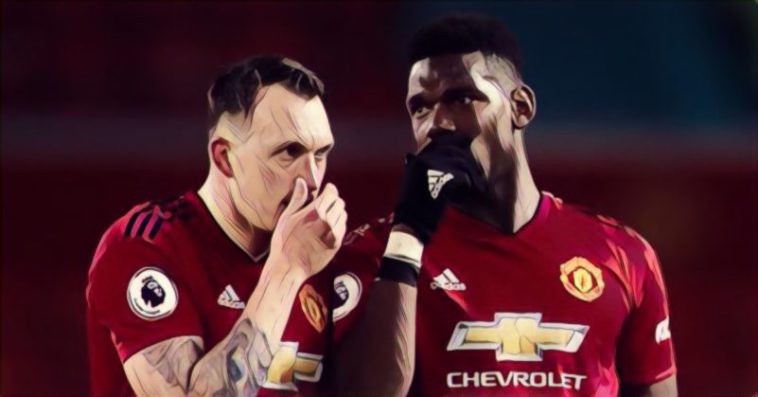 Manchester United midfielder Paul Pogba urged his side to learn from their mistakes after they were forced to stage a late comeback to snatch a 2-2 draw at home to Burnley tonight.

Burnley looked destined to win their first game at Old Trafford since the 1960’s when Chris Wood headed the Clarets 2-0 up in the 81st minute, after Ashley Barnes had blasted home not long after half-time.

However, Manchester United would be handed a lifeline in the 87th minute when Burnley midfielder Jeff Hendrick pulled down Jesse Lingard in the area, with Paul Pogba duly dispatching the spot kick into the top corner.

Ole Gunnar Solskjaer’s men proceeded to lay siege to Burnley’s goal and Victor Lindelof would secure a point for the home side when he hit home from close range two minutes into injury time.

Speaking after the game Pogba was far from happy with his side’s performance, admitting United started the game without enough aggression.

“We have to learn from our mistakes and next time start the game differently,” Pogba told BBC Sport.

“Like the manager said, you have to start strong and be aggressive because that’s what they were in the first half. We played like we were winning 1-0 or 2-0, that’s where we went wrong.

While France international Pogba did concede it was positive to come back and get a point, he was clearly disappointed his side dropped two points in their quest to finish in the top four this season.

“The comeback was positive but the result was disappointing.

“The reaction was good, we didn’t lose, but we dropped two points we could have won.”