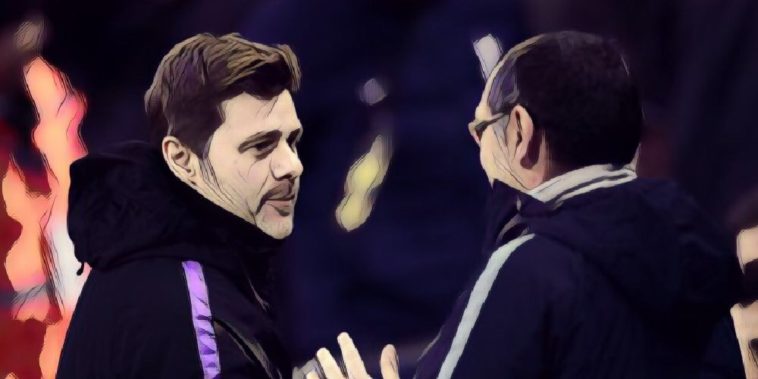 Mauricio Pochettino has strongly stated that he isn’t a fan of VAR, despite his side being the beneficiaries of a controversial decision at Wembley in their 1-0 win over Chelsea.  in the Carabao Cup semi-final.

The video ref adjudged Harry Kane to be just onside as he raced towards goal before he was upended by Chelsea ‘keeper Kepa Arrizabalaga, although certain angles seemed to suggest the striker was offside.

The England and Spurs captain stepped up to smash the ball home, and despite a second-half onslaught by the visitors, Pochettino’s back line held firm to take a lead into the second leg in 16 days time.

Speaking after the game, Mauricio Pochettino said that while he was happy to get the win, he unequivocally said he was not a fan of the technology in its current guise:

“I don’t like the VAR. Today we get the benefit of it but after watching the World Cup and another league like La Liga I see that nobody is happy from day one that they started to use it,” Pochettino told Sky Sports.

“To get the benefit is nice but I am unhappy to win the game like this. I prefer the technology but in a different way. Being clear. I am pro technology because you cannot stop evolution but we are waiting so long, it is not clear what are the rules.

“We all have to agree, the players, the coaching staff, I watch every week La Liga and nobody is happy, the big clubs and the small clubs. If you are playing to win the title or to stay up nobody is happy.

“That is a good example for us. We have six months to improve the system and there is a lot of work to do.”