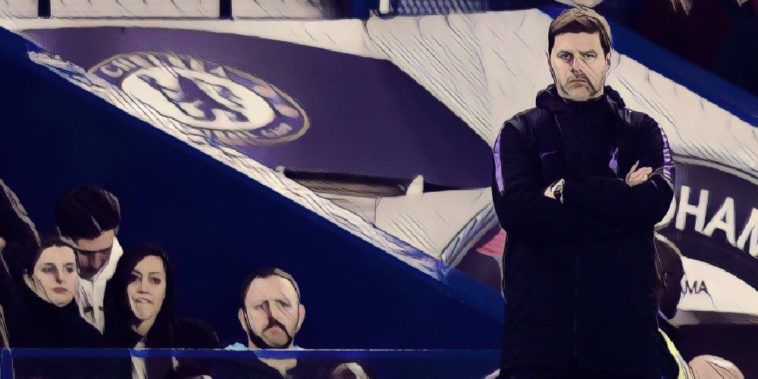 Mauricio Pochettino has given up any hopes of Spurs winning the Premier League title after his side lost 2-0 to Chelsea at Stamford Bridge on Wednesday night.

Tottenham, who also lost 2-1 to Burnley at the weekend, have fallen nine points behind Premier League leaders Liverpool after losing consecutive games.

Chelsea opened the scoring in the 57th minute via Pedro, with victory sealed by a comical Kieran Trippier own goal, meaning the Blues secured victory by a two goal margin despite only having one shot on target all game.

Conversely Spurs had no shots on their opponent’s goal in a performance that greatly disappointed their manager Mauricio Pochettino, who admitted the title is now beyond them.

“In the small details we lose. We made mistakes and lost the game, that is why we are disappointed, we weren’t capable of playing our way,” Pochettino told BBC’s MOTD.

“Chelsea had one shot on target and one goal and we didn’t shoot — it’s difficult that way to win and we weren’t solid enough. In the small details the result was decided for Chelsea.

“The competition will put us in our place. It’s a 10-month competition, not just three or four months. We are disappointed now.

“After Burnley I said it was difficult, and tonight makes it impossible to fight Man City and Liverpool.

“Only they can win the league – we must fight to win games and to be fair.”

See Also: Tottenham are one step closer to becoming The Undrawables™ – and Spurs fans are embracing it