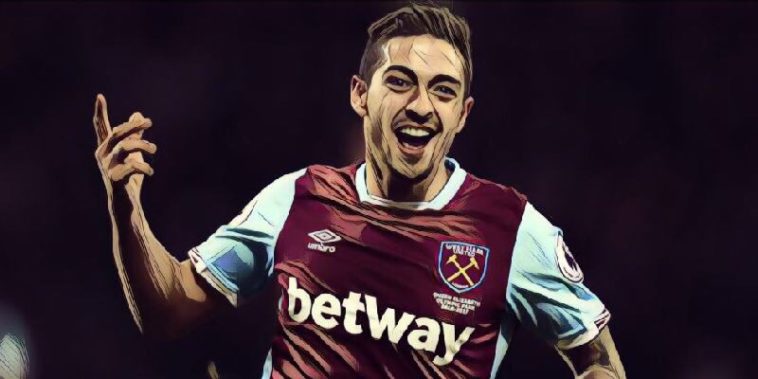 Manuel Pellegrini has said that he has been impressed by the way Manuel Lanzini has returned to first team training after his lengthy spell on the sidelines with a knee injury.

Lanzini is yet to kick a ball in anger this season after tearing his ACL in the buildup to last summer’s World Cup, and was expected to miss the entirety of the 2018/19 campaign.

However, he returned to first-team training earlier this month, way ahead of schedule, and could be set to make his long-awaited return in Friday’s Premier League game against struggling Fulham.

Speaking ahead of that game, West Ham manager Manuel Pellegrini has revealed that the Argentine playmaker has returned to training with no fear and is hoping he can return to produce some top drawer performances.

“I think that seeing Manuel working during the last two weeks, for me I am confident that he will return in a very good shape because he is not afraid,” Pellegrini told the media in his pre-match press conference.

“Maybe when you have such a long injury in your knee, when you start working you maybe a little bit afraid to have a kick or something he is working as if he has not been operated on for his knees, so I hope he will return a very good performance.

“[He is the perfect player for us] not only in the way I like to play football. I think Manuel Lanzini for every manager would be a player that makes a difference.

“[He adds a new attacking dimension] of course, for me as a manager the more options you have the better you can play than if you don’t have options.”