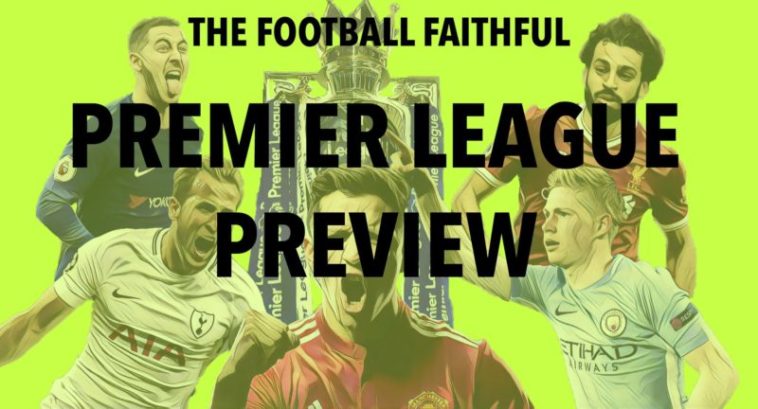 Jorge Mendes F.C have looked decent in their opening two Premier League fixtures and were somewhat unlucky not to pick anything up from their last game away to Leicester City.

However, their opponents on Saturday Manchester City have shown already that they are actually even better than they were last season when they won the Premier League title in record-breaking fashion.

Wolves aren’t used to being outclassed after dominating in the Championship last season, but it’s hard to see Nuno Espirito Santo’s men getting anything but a hammering at Molineux on Saturday morning.

This game has obviously been overshadowed by Eagles boss Roy Hodgson calling out Watford’s mascot Harry the Hornet. Palace’s Beef with Harry runs deep and goes back to 2016 when the big H mimicked winger Wilfried Zaha by diving on the pitch.

Obviously, when two men as powerful as Woy and Harry clash, innocent people are going to get hurt, it’s like Donald Trump and Kim Jong-un all over again. Sh*ts about to kick off at Vicarage Road this weekend lads.

Arsenal boss Unai Emery has been handed a pretty horrific start to life in the Premier League, with his side losing their two opening games of the season against Manchester City and Chelsea.

It’s obvious to most that it is going to take the Spanish coach a while to work out which players are suited to his tactical approach, but he is hardly being helped by the complete overreaction of many of the Gunners’ fans and former players to his sides opening two performances. It seems many people associated with the North London club are so caught up in the habit of throwing hissy fits everytime things don’t go their way that they seem to have lost track of the fact that it is going to take time to ‘de-Wengerize’ this group of players.

West Ham have been poor in their opening two games – losses against Liverpool and Bournemouth – and another loss here will see all that early season optimism melt away.

Nobody likes to agree with Sam Allardyce, but it was hard not to concur with old Fat Head this week when he questioned the athletic ability of Mark Noble and Jack Wilshere as a midfield pairing.

Both of these teams will go into this game full of confidence after excellent starts to the season, and with both clubs managed by progressive young coaches whose teams are more renowned for their attacking play than keeping things tight at the other end, I reckon the goal market is where the best value is in this one.

I have watched both these teams play for 90 minutes and I now have a decent understanding of why most people are backing them for relegation this season. They are both sh*te. Simples.

Huddersfield are probably slightly less sh*te though so I’m backing them to get the better of Neil Warnock’s men in a dour affair.

New season, same old problems for Southampton, with the Saints still unable to convert the chances that their often excellent build-up play produces. Danny Ings is a decent striker and Mark Hughes will be hopeful that the former Liverpool man can remedy their issues in front of goal, but even stepping within 10 feet of Shane Long can ruin a man’s ability to stay composed in front of goal.

Leicester eased the pressure on their under-fire manager Claude Puel with a 2-0 win over Wolves last weekend and the French coach will be hopeful that his Foxes side can get one over on the club who unceremoniously sacked him after finishing seventh in the Premier League and reaching the EFL Cup final.

Jurgen Klopp’s Liverpool continued their impressive start to this season with a hard-fought 2-0 win over Crystal Palace last Monday and look good value for their billing as Manchester City’s main challengers for the Premier League crown.

Manchester United slayers Brighton will be full of confidence heading to Anfield and the Seagulls will be hopeful that journeyman striker Glenn Murray can channel his inner Ronaldinho again as he did to brilliant effect last weekend to beat David De Gea.

Fulham impressed in parts against Spurs and it’s clear to see the type of expansive possession-based football Slavisa Jokanovic is trying to get the Cottagers to play. As always for any newly promoted team, Fulham’s home form will be crucial to try and guarantee their Premier League survival and fans of the West London club will be hoping that they will get to see their side record their first win of the season.

Newcastle got off the mark last week with an away point to Cardiff City. Rafa Benitez may actually be relieved that Brazilian winger Kennedy will be unavailable against his parent club Chelsea after the 22-year-old capped a horrendous individual display in the Welsh Capital with a missed penalty in the 95th minute.

Chelsea have shown some really good signs going forward under Maurizio Sarri, but look seriously suspect at the back, which could well result in the Blues being one of the most entertaining teams to watch this season.

The Stamford Bridge outfit have been on the end of some upsets in the North East in recent year, and I fancy Rafa to frustrate the club he caretaker managed not so long ago.

It’s becoming a bit of a farce at Manchester United nowadays with Paul Pogba’s agent publicly taking on Old Trafford legend Paul Scholes this week being a perfect demonstration of all that is wrong with both the modern superstar player and the game in general. And things don’t look like they are going to get any less embarrassing for Red Devils fans with reports emerging in recent days suggesting that one of those ridiculous plane carrying a banner protests is being planned against CEO Ed Woodward.

Spurs have put the controversy of their delayed move to their new Stadium aside and started the season in impressive form, recording victories over Newcastle and Fulham. Mauricio Pochettino has his young side playing the high intensity attacking football that those in Red can only yearn for.

Despite the huge amounts of negativity surrounding the home side, Spurs rarely produce the goods at Old Trafford and I’m backing Mourinho’s men to get over the line in a tightly fought encounter.