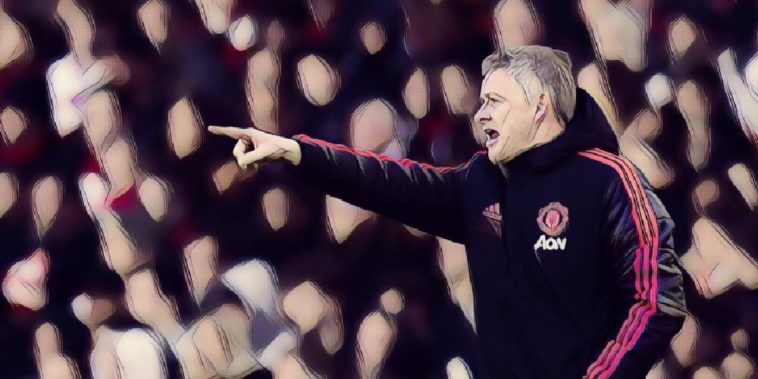 Manchester United will be looking to take control of Group L in the Europa League when they take on Partizan Belgrade in Serbia on Thursday night.

Ole Gunnar Solskjaer has been under mounting pressure having overseen United’s worst start to a league season in 30 years with a growing number of supporters not happy with results and the style of football on display.

The Norwegian coach seems to have bought himself some time after Man Utd put in a spirited performance to hold run-away Premier League leaders Liverpool to a 1-1 draw at Old Trafford on Sunday afternoon.

United gave a good account of themselves and were close to ending Liverpool’s unbeaten run having led for much of the match thanks to Marcus Rashford’s first-half strike. However, the Merseysiders snatched a late draw after Adam Lallana came off the bench to equalise in the 85th minute.

It may have been a frustrating result in the end for United but a draw against the European champions is more than many pundits expected so Solskjaer will be hoping they can build on that display with another positive result on Thursday night.

Manchester United head to Serbia sitting second in Group L after being held to a dour 0-0 draw by AZ Alkmaar last time out in the Europa League. Having beating Astana on matchday 1 United are level on 4 points with Partizan so they can move clear at the top of the table with victory at the Partizan Stadium.

United will have to assess Paul Pogba after he missed the Liverpool game with an on-going ankle injury but the French midfielder remains a major doubt for the trip to Serbia.

Jesse Lingard is also a doubt due to a thigh problem that he picked up against AZ earlier this month while Axel Tuanzebe could miss out after suffering a hip problem in the warm-up on Sunday afternoon.

Nemanja Matic is also struggling with a knock while Eric Bailly remains out with a knee injury but Luke Shaw is close to making his return from a hamstring injury that’s hampered him for the past seven weeks.

The demand for Manchester United football tickets is always high so it’s unlikely you’ll get a ticket for the game in Serbia so the vast majority will be looking for ways to watch back home. The match will be broadcast live on BT Sport 2 from 5.30pm on Thursday evening – kicking off at 5.55pm. BT customers can also access the game online. If you don’t have BT, there will be plenty of pubs showing the game around the country or you could try to find a dodgy stream online – although we can’t condone such a thing!

Partizan Belgrade will look to make it an intimidating atmosphere and they may be confident of pulling off an upset against a travel sick Man Utd team. Solskjaer’s side have lost their last two Premier League games away from home against West Ham and Newcastle with the Manchester giants putting in poor performances in each game. Worryingly, United haven’t won on the road in any competition since that stunning win over PSG in France way back in March of last season. That kind of form away from home must be a huge concern for Solskjaer and this is going to be a tricky game for United.

Partizan are priced at 9/4 to win on Thursday with Man Utd the narrow 5/4 favourites. The draw can be backed at 12/5 and that looks tempting. United struggled away to AZ Alkmaar and we think this will be another cagey game with neither side giving away too much. Partizan will be happy with a point against a side like Manchester United and it would keep them top of the group for now on goals scored. From United’s point of view, a draw means they stay in touch and can go clear with a win over Partizan at Old Trafford.