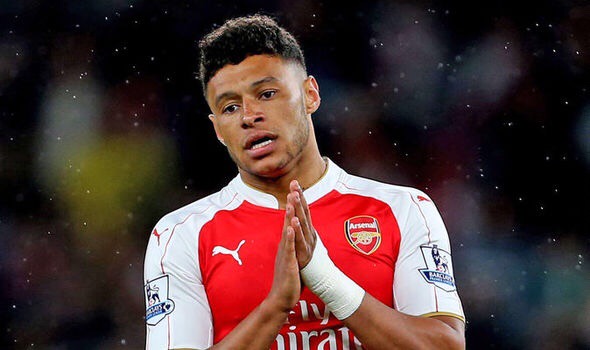 According to the BBC, the England international has rejected the chance to complete a £40m transfer from the Emirates to Stamford Bridge, as he hopes to move to Liverpool instead.

Chelsea had a bid accepted on Monday for the 24-year-old, and were believed to be close to completing a the move, with a medical expected to be complete at England’s training facility at St George’s Park, where he is currently on international duty.


However, during talks with the Blues, Chamberlain learned that Antonio Conte planned to use him primarily as a wing back, which is one of his primary reasons for wanting to leave Arsenal in the first place.

The Southampton academy graduate see’s his long term future in a central midfield role, a role he performed well in for Arsenal and England at various times last season, before being converted to a wing back as Arsene Wenger finally decided to play a three at the back system.

He is now hoping that Liverpool make their interest official by lodging a bid. Liverpool have already agreed a club record £48m signing of midfield ace Naby Keita who will join the club next July. They have also submitted a massive €80m bid for Monaco midfielder Thomas Lemar, who is also a target for Arsenal and Manchester United.

The news of Oxlade-Chamberlains rejection will come as a huge blow to Antonio Conte’s transfer plans, which have been left in tatters for the majority of the summer. Chelsea have only signed Alvaro Morata, Tiemoue Bakayoko and Antonio Rudiger, three signings that merely replace the outgoing Diego Costa, Nemanja Matic, John Terry and Kurt Zouma. The Italian is looking to add another central defender, both a left and right wing back, a central midfielder before Thursday’s transfer deadline. He has also been linked with Leicester City strike Jamie Vardy, but has so far seemed to have struck a blank in all their negotiations.