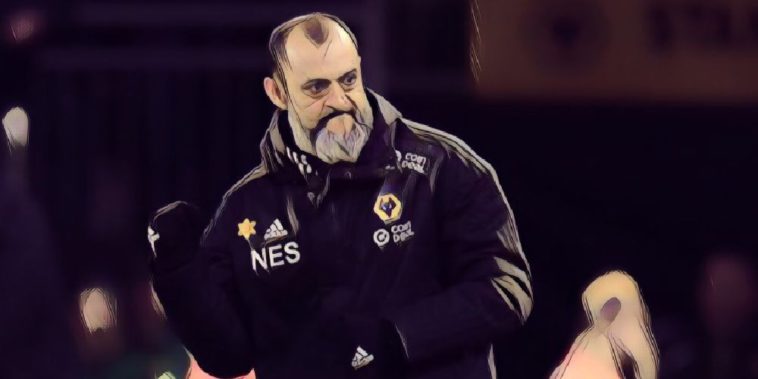 Nuno Espirito Santo said that he was proud of his Wolves squad after they beat Manchester United to progress to the FA Cup semi-finals.

Goals from strike duo Raul Jimenez and Diogo Jota before a late Marcus Rashford consolation sealed a famous victory for Wolves, who progressed to the FA Cup semi-finals for the first time in 21 years.

Speaking after the game, Wolves boss Nuno Espirito Santo was left impressed with his side’s performance.

“I’m very proud of the players. We had composure, shape, good running. Very well done to the boys and it was a fantastic atmosphere,” the Portuguese told the BBC.

“It means a lot because we know how big Wolves were in the 1950s and 1960s and there are people in the stadium who have memories of that. To try to achieve the same is much, much harder now but we will try step by step. We will respect everybody in the semi-finals.”

Despite their recent investment, the Black Country club actually have one of the Premier League’s smaller squad’s, although Santo said that he ‘decided’ to just have 16 first team players in his ranks.

“When the transfer window happened we decided to go this way with 16 players. Every member of the squad is important and is always involved in competition. Of course there are risks but it is my belief that a small squad can achieve things.”