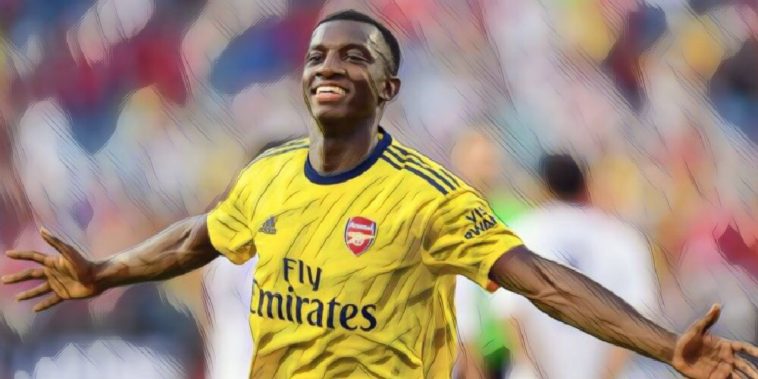 Eddie Nketiah will remain at Arsenal for the remainder of this season after the club decided not to send him back out on loan.

Nketiah spent the first half of this season at Leeds United, before being recalled by the Gunners over concerns he was not getting enough game time.

Under Marcelo Bielsa, the 20-year-old managed just two league starts but proved an effective super-sub at times, scoring five goals in all competitions.

Since his recall the England youth international has been linked with loan moves to Bristol City and Sheffield Wednesday, but the BBC have confirmed that he will remain at Arsenal and compete for a first team place.

Arsenal will be short in attack over the next few weeks following the club’s failure to have Pierre-Emerick Aubameyang’s three-game suspension reduced after the Gabon international saw his yellow card upgraded by VAR against Crystal Palace on Saturday for a mistimed foul on Max Meyer.

Nketiah joined Arsenal from Chelsea in 2015 and has made 19 appearances for the first team, scoring three goals.

He often featured on the bench under Unai Emery last season and scored his first Premier League goal against Burnley at Turf Moor on the final day of last season.

Aside from Nketiah, and with Aubameyang suspended, Arsenal only have Alexandre Lacazette and 18-year-old Gabriel Martinelli as options for this weekends game against Sheffield United.