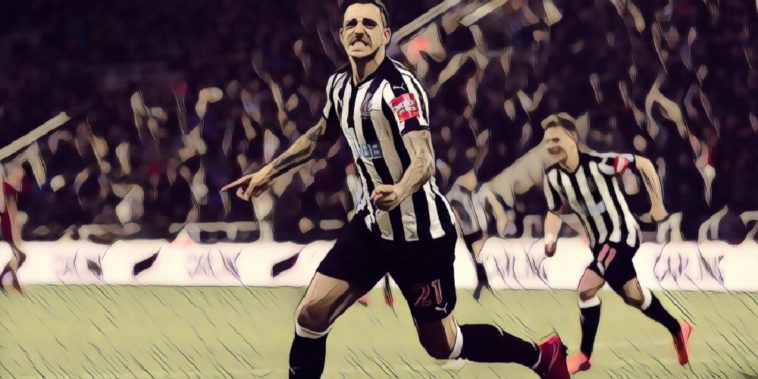 Newcastle United hosted the Swans on Saturday evening and with results elsewhere going against the two sides, neither will have been happy with a draw.

The Swans are now four points below 19th place and really needed more from the game. Meanwhile, Newcastle had a chance to push themselves away from the relegation zone and Rafael Benitez will be massively disappointed his side couldn’t come away with all three points.

Jordan Ayew continued his fantastic goal scoring run against Newcastle before substitute Joselu saved Newcastle with a tidy finish just a minute after his arrival. Here are five things we learned from the Swans visit to St James’ Park.

Newcastle are desperate for another striker

Despite, Ayoze Perez coming to form for the Magpies, his strike-partner Dwight Gayle has had a dip in form, without a goal in eight, the poacher has offered little to the side. Meanwhile, Spaniard Joselu, has shown a work-rate that Benitez craves from his strikers and despite a tidy finish against the Swans, has missed multiple sitters this season, meanwhile, Serbian Aleksandar Mitrovic looks set to leave the club this month with would give Benitez the funds to improve his front-line.

Diafra Sakho is the name linked and with his move to Crystal Palace in doubt, Benitez may-well use Congo international, Chancel Mbemba as a bargaining chip for the Senegalese strikers signature this month.

Both sides are in serious danger of relegation

Both Benitez and Carvalhal are more than capable of getting their sides out of the relegation zone, however, neither will be happy with the result yesterday.

Both sides looked to win the game towards the end and both sides had enough chances to score two or three more. The fact of the matter is, the didn’t and 90% of the time, they don’t. Middlesbrough demonstrated last season that you can’t stay in the Premier League If you can’t take your chances and they had a much sterner defence than either of these sides have. With stronger sides below Newcastle, they’ll feel confident about their chances, but Swansea are looking up at sides with far more quality than their own.

I can’t say that I’ve watched Swansea much this season, however, two things I noticed from the game was, their counter-attacking pace was a threat all game and their defensive mistakes constantly cost them possession and possibly goals, a team with more of an attacking threat would have scored four goals yesterday, the lacklustre front line of Newcastle didn’t. Alfie Mawson looks like a player who will eventually be Swansea’s leader. However, they can’t rely on the youngster right now.

Last season, Dwight Gayle and Jonjo Shelvey were Newcastle’s shining stars but neither have shone in the Premier League both are in a rotten run of form which has seen Shelvey directly contribute to one goal this season and Gayle scoring three in 11. Not good enough for a side who vastly relied on them last season for promotion.

Scotsman Matt Ritchie had a fantastic start to the season and was second in the assists table after five games. However, Ritchie has hit the woodwork with six shots this season but has on occasion been Newcastle’s star man this season.

Meanwhile, back-ups Ayoze Perez and Mohammed Diame have shone in their recent games and demonstrated that the stars of yesterday are not the stars of today.

Both sides need a partner for their leaders

Alfie Mawson and Jamaal Lascelles have been fantastic for their sides this season, their partners however, haven’t been. Both goals were primarily put down to poor defending and both players could well leave their clubs for bigger teams sooner rather than later.

Lascelles was linked with Liverpool in the Summer, while Mawson has stolen the Welsh headlines this season and you can ensure that both players will be sought after this season.