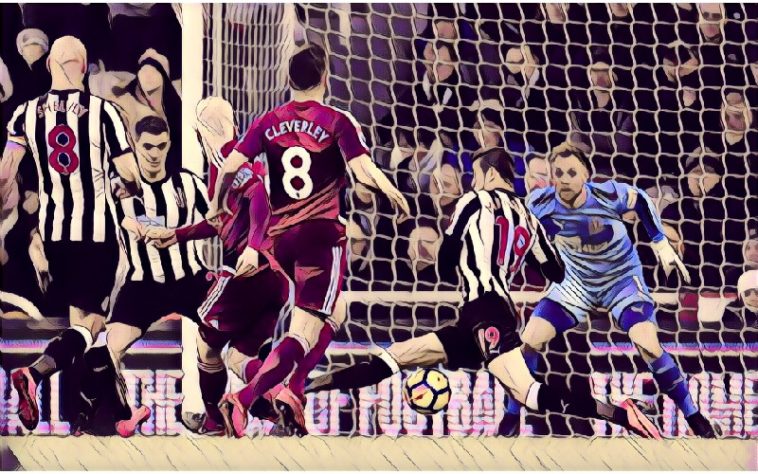 Newcastle United struggled to their fourth consecutive defeat as Marco Silva’s Watford eased to a 3-0 win at St James’ Park.

Despite rumours of his departure to Everton, Marco Silva’s Watford showed more determination and desire than ever. However, Benitez’s Newcastle looked lost and never really got into the game. Here are five things we learned from the Watford rout.

Newcastle have lost their fight

At the start of the season, we saw the evident lack of quality in the Newcastle team. One thing that was never in question though, even in the 4-1 defeat to Man United, there was the heart in the performance. On Saturday, you could’ve found more heart in Newcastle’s Big Market than in the Black and White Stripes.

Watford are the entitlement of what Benitez should be looking for from his side. It was a truly fantastic performance and realistically Watford could have had 6 or 7.

The reason Watford didn’t get a lot more goals was Andre Gray who looked a shadow of the man we saw at Burnley. Although Gray took his goal well, he had three more opportunities that his manager will be looking to rectify on the training ground in mid-week.

Other than his finishing, Gray put in a very good performance. Unfortunately for Newcastle, his Newcastle counter-part – Joselu didn’t.

Newcastle don’t have an attack, or a defence

This was undoubtedly Newcastle’s worst performance under Rafael Benitez, their defence weren’t lined-up properly once. Watford’s front line completely destroyed the Newcastle defence and in-particular DeAndre Yedlin. The American was consistently out of position. The worst performance yet by the American.

To say Newcastle don’t have an attack might be harsh due to Dwight Gayle’s performances last season. However, Joselu and Gayle don’t mix as a partnership, they’re both poachers and in Newcastle’s position, they need someone to create and partner Gayle quickly.

Watford’s gameplan was basic but effective. Newcastle are weak in the wing-back areas, so where did they target? The Wing-Backs. That’s the kind of tactics that Silva has employed against every team he’s come up against and almost everyone struggles to counter him.

To do what Silva has done with Watford and during his time at Hull. It’s safe to say Silva has constantly shut up and critics he had when he took the role.

Bright light for the Hornets but dark days for the Magpies

After the disappointing defeats against Stoke and Everton, some may have imagined Watford falling out of flavour this season. However, two expert performances against West Ham and Newcastle have shown that the only way is forward for Watford.

On the other hand, it’s four defeats in a row for Rafael Benitez and if Newcastle fail to get something from managerless West Brom on Tuesday. Then Benitez might find himself under a bit of pressure. I feel his main query going into the game will be if he continues to play a 4-4-2 formation which has seen Newcastle concede seven and score merely one.