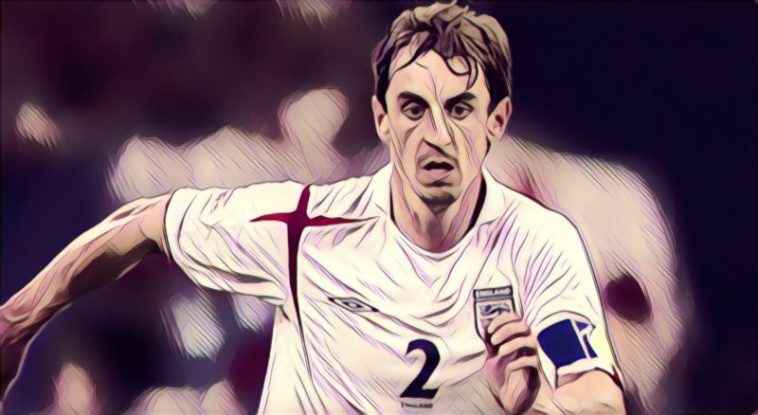 Gareth Southgate’s England side have exceeded all expectations in Russia this summer with the Three Lions preparing to face Croatia tonight, in, what will be just the third World Cup semi-final in their history.

However, former Manchester United defender Gary Neville has revealed that he was worried about about how three England players would cope going into the tournament.

“Trippier, Maguire, Jordan Pickford, I would put those three in a category where, before the tournament, I was thinking, ‘Can they step up? The pressure of a World Cup, can they handle it?,” Neville told ITV.

“My biggest question before the tournament was about who was going to be the goalkeeper and whether they would be good enough.

“Pickford has been superb. That penalty save against Colombia was huge, a brilliant save. Then against Sweden, the saves, the distribution, the belief to give what I would call a full performance. I’ve loved Pickford.”

To be fair to Neville he has been gushing over England’s performances in Russia, so he will be quite happy to have been proved wrong by wing back Trippier, centre-back Maguire and goalkeeper Pickford, who have all been immense so far for the their Country.

If Southgate’s young side overcome Russia tonight they will face France in the World Cup final next Sunday in Moscow, their first final since 1966.