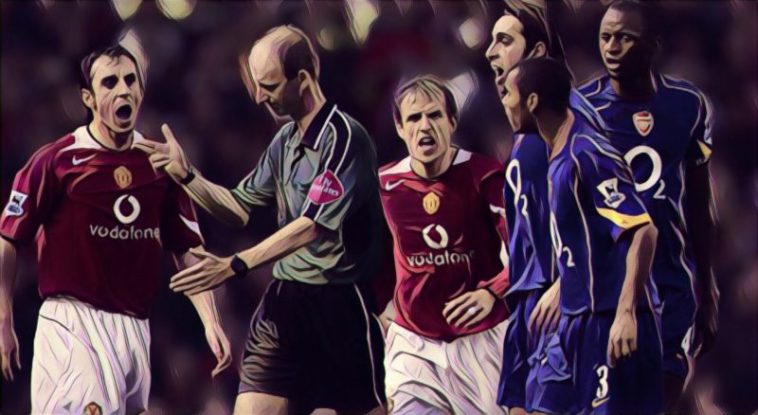 Gary Neville has admitted that he and other players tried to influence refereeing decisions throughout his Premier League career.

The former Manchester United full-back says that not only did he do it, but every team was doing it while he was playing, claiming that it was almost necessary to put pressure on an official in order to get favourable decisions.

”Part of the big games is influencing the referee,’’ Neville told Sky Sports.

”You had to. Arsenal did it, Liverpool did it, we did it. Other clubs like Chelsea did it and I genuinely believe you could influence them. Not in a way that makes them a cheat or dishonest, no, but just that the pressure of being in Anfield or Old Trafford with that weight, it’s not easy.

”It can’t be easy to cope for one man to think they don’t know who is telling them the truth. He’s saying one thing, I’m saying exactly the opposite, the fans are saying something different, the managers are all up there and he’s got to keep cold and make a decision and you’re trying to influence that. It wasn’t a massive part of the game, but it was part of the game that was there and this incident was over influencing the referee.”

Neville’s former club United take on their most bitter of rivals Liverpool on Sunday at Old Trafford.