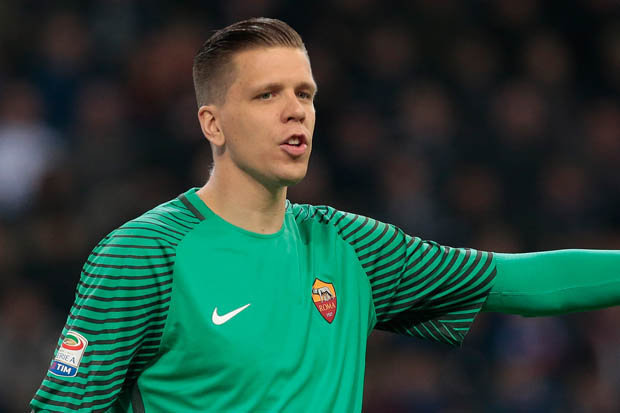 The Polish international might be moving to Italy on a full-time basis, with Napoli reportedly keeping eyes on the player according to regional outlet Il Mattino.

The Arsenal keeper is currently on loan at Roma, for the second successive season with AS Roma’s, and has been praised for his performances in Serie A this season. He’s managed to keep 14 clean sheets this season, which is the most out of all the goalkeepers in Serie A. It’s thought that the 27-year-old is close to joining the club as they consider triggering a clause in the player’s contract which was agreed in the deal this Summer.​

Wojciech’s contract doesn’t end untill the end of June 2018, although he hasn’t played for the Gunners since the 2015 FA Cup final where the club beat Aston Villa 4-0.

The player left the club on bad terms over his smoking antics, after a loss to Southampton. With Peter Cech and David Ospina getting older it might be a wise move to bring the keeper back and get him reintegrated in the club.

When comparing the three players in their respected leagues Wojciech always comes out on top. He’s managed to keep 0.41 clean sheets per 90 minutes, whereas Peter Cech only managed 0.31 and Ospina didn’t manage one.

When you look at save per goal as well, which is always a good statistic as it rules out the inability of the defence, the Polish keep has managed to make 2.77 saves per every goal he conceded. Whereas the Gunner’s keepers managed 2.32 and 0.75 respectively.

If Arsenal doesn’t decide to bring back the keeper there aren’t many alternatives out there or any that will match the abilities of Cech or Szczesny. It also means that if Wenger spends big on a keeper he won’t be able to bring in that top class striker that he’s always craved. With Ospina also likely to leave this summer over the lack of first team football, the Gunners are going to have a real panic this summer.

So it looks like Szczesny will have a choice to make in the summer between Arsenal, Napoli and AS Roma, so it’ll be a busy summer in terms of Arsenal News.