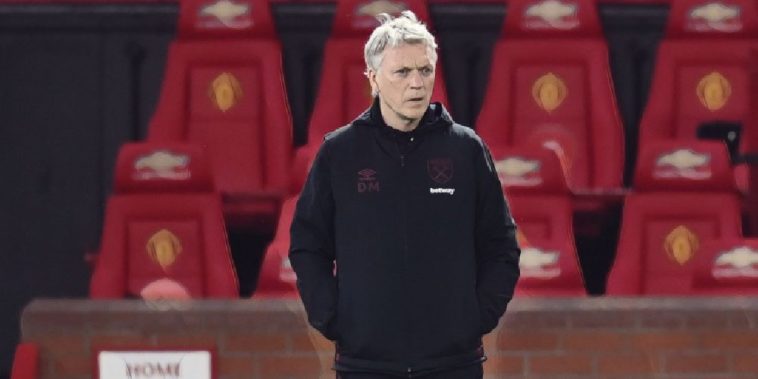 West Ham’s 41-year wait to for major honours goes on as they slipped to a 1-0 extra-time loss to 12 time FA Cup winners, Manchester United.

This wasn’t a game that will be getting filed under FA Cup classics, with neither side really looking like scoring in the entire 90 minutes of action.

Manchester United dominated the ball from the outset, with West Ham’s defence making a succession of blocks in the first half, while Fabianski made a superb low save to prevent a deflected Victor Lindelof effort in the first half.

While there were plenty of flurries of snow on a wintery night at Old Trafford, there were very few flurries of quality on the pitch, with both attacks looking somewhat bereft of ideas after the break.

The breakthrough would finally come seven minutes into extra time, Declan Rice losing the ball on the edge of the United box, with Anthony Martial leading a quick Red Devils counter. Bruno Fernandes slipped the ball into the left channel to the overlapping Fred, with the Hammers twice failing to clear the Brazilian’s cross. Marcus Rashford played a deft touch into the path Scott McTominay who met the ball with perfect timing to fire low past the Polish ‘keeper for his seventh of the season and for what would prove to be the winner.

Despite West Ham only mustering three shots in the entire 120 minutes of football, David Moyes reckoned his side played ‘brilliantly’, the former Man Utd boss having been forced into a number of injury-enforced substitutions, including centre-back’s Angelo Ogbonna and Issa Diop.

3 – West Ham managed just three shots against Manchester United, the fewest by a team in an FA Cup match (first round onwards) that went to extra-time since Bury against Bradford City in a third round replay in January 2016 (also 3). Timid. pic.twitter.com/cvSmPinZjP

“That was really hard to take because the players played brilliantly well,” he told BBC Sport.

“We lost a few players during the game and that was difficult. I don’t think we deserved to lose the game. We warranted the chance to go to penalty kicks.

“One of our centre-backs was on the bench and felt his calf in the warm-up. Before we knew it we had a few players out. We didn’t play well in the first half – we know that. But we were playing a really good team in terrific form.

“In extra-time we had one or two opportunities. I’m not going to look back on the goal conceded – I’ll look at how we played well. The level these teams are at, United have got a really good team.”

Next up for West Ham is a return to league action against Premier League bottom side, Sheffield United.