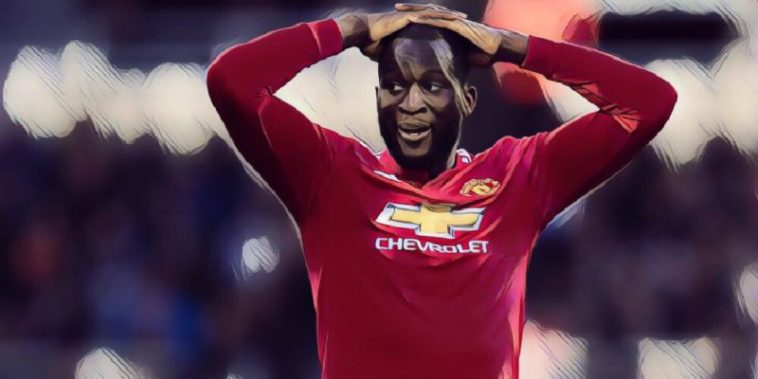 Manchester United ended their season on a disappointing note yesterday as they slipped to a 1-0 defeat to Chelsea in the FA Cup final at Wembley.

The games only goal came in the 22nd minute when Eden Hazard slotted a penalty past David De Gea, with United struggling to break down a deep lying and well marshalled Chelsea defence thereafter.

Jose Mourinho selected Alexis Sanchez and Marcus Rashford to play upfront, but neither were able to cause Antonio Conte’s side too many problems.

Speaking after the game United’s Portuguese coach bemoaned not having been able to select his sides top scorer this season Romelu Lukaku from the start of yesterdays fixture.

Mourinho clearly felt this was a game were he needed the type of focal point presence his £75 million striker brings, and also revealed that the decision to start the 24-year-old on the bench was purely down to the player:

“I knew the opponent I was going to play against and I knew they have a compact low block with lots of physicality where they try to close everything.

“I knew that without a target man it would be difficult for us. I know at least [it would have helped having Marouane] Fellaini coming from the second line, attacking their defence with his physicality.

“I knew that would be difficult, but I wouldn’t expect that the game was exactly like it was because I think it was a bit too much.

“When a player tells you he’s not ready to play, not ready to start, then the question is, ‘How many minutes you think you can?’

“But how can I convince a player who is not ready? It’s nonsense.”

Mourinho has praised Lukaku repeatedly this campaign, but he seems less than impressed with the Belgium international’s decision not to make himself available to start what was probably his clubs biggest game of the season yesterday. It will be interesting to see if he becomes the latest player at Old Trafford to fall out with their manager.