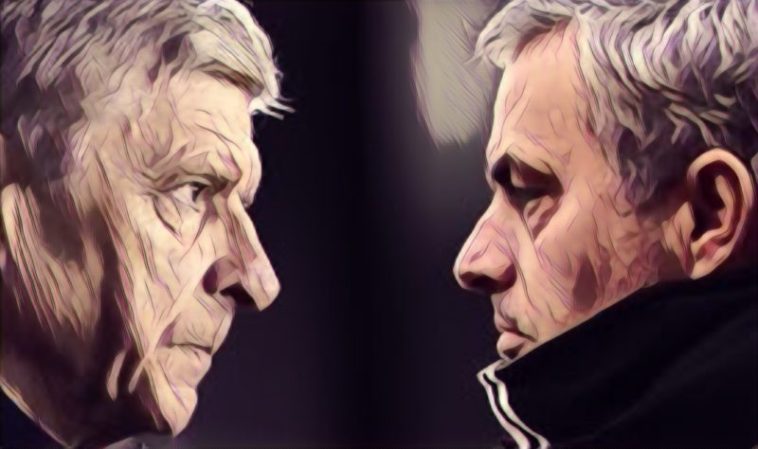 Arsene Wenger’s announcement that he will end his 22 year stint as Arsenal manager at the end of the season, has obviously been dominating all Premier League related headlines today.

Wenger and Mourinho have been embroiled in some pretty heated war of words over the years, but United’s Portuguese coach has revealed that underneath their public spats he has massive respect for the long serving Arsenal boss.

Wenger will travel with his Gunners side to Old Trafford for the last time next weekend, when these great rivals face off in the Premier League, and Mourinho also admitted that he expects his club as a whole to show the Frenchman the respect he deserves.

When asked about his counterparts decision to resign the United manager said:

“If he’s happy with the decision he makes and looks forward to the next chapter of his career and his life I’m really happy for him. If he’s sad, I’m sad. I’m pretty sure as a club – and especially because Mr Wenger and Arsenal were for many, many years the biggest rivals of Sir Alex [Ferguson’s] era – we will show Mr Wenger the respect he deserves.”

“It’s not about regretting. I think your question is a typical question from somebody that was not a manager, not a player. Of course, you don’t know the way we respect each other even when sometimes it doesn’t look like we don’t.”

“Players that get yellow cards and red cards by aggressive actions against each other, bad words during the career – the manager is the same thing. The ones that respect each other more are the ones with the problems. It’s power against power; ambition against ambition; quality against quality. But in the end it’s people from the same business who respect one another’s careers.”