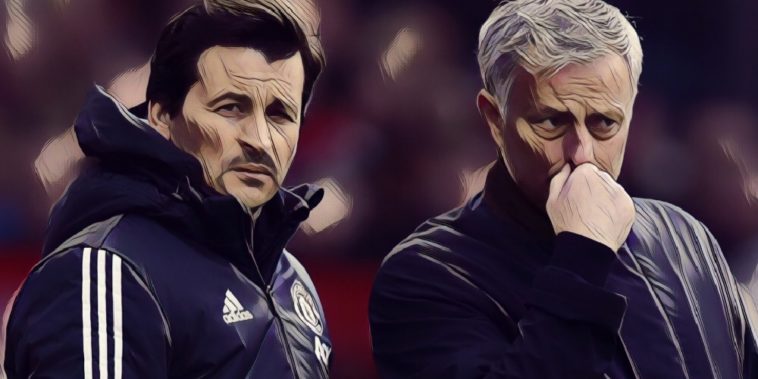 Manchester United manager Jose Mourinho has revealed that he will start next season without an assistant manager, after the club announced on Saturday that his long term number two, Rui Faria, would be leaving Old Trafford at the end of this campaign.

The Portuguese pair have worked together for 17 years and enjoyed huge levels of success at Porto, Chelsea, Real Madrid and Inter Milan.

However Faria has announced that he will be leaving his role as part of Mourinho’s coaching set up to spend more time with his family and eventually begin his own managerial career.

Mourinho has confirmed that although he expects the recently retired Micheal Carrick to grow into the role of his assistant in the future, he will go into next season without an official assistant manager.

The 54-year-old Portuguese coach then went on to reveal details of the behind the scenes structure he plans on putting in place for next season, when he said:

“I think it will be Michael Carrick in the future,” he said.

“I don’t think it (an immediate appointment) makes sense when Rui is leaving after 17 years. I have nobody in the world of football ready to be assistant manager. Nobody.

“Moving forward I will organise my coaching staff in a way where the assistant manager figure doesn’t exist.

“I’m going to bring some people in that until this moment you (the press) didn’t come up with the name yet.”