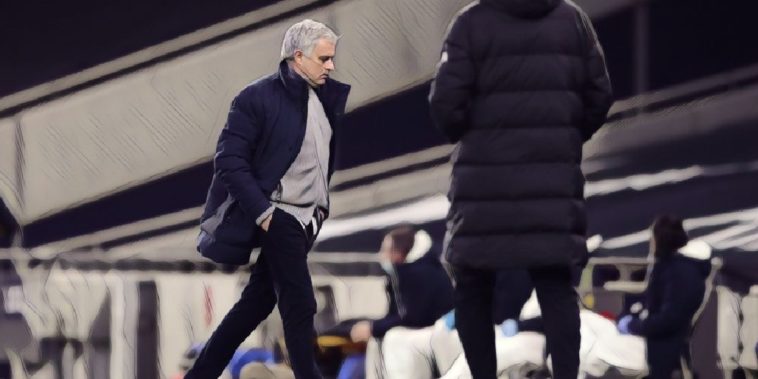 Spurs missed the chance to leapfrog Liverpool into the top four as they slipped to a 3-1 loss at the Tottenham Hotspur stadium.

It was a frantic start to the game as Sadio Mane spurned an early opportunity to take the lead for his side as he shanked a left-footed effort wide in the opening minutes. The Senegal international was almost immediately made to pay for his miss as Harry Kane slid the ball into his forward partner Son Heung Min who slipped the ball confidently past Alisson, only to see the goal chalked off for offside in the buildup.

It was Liverpool who looked more comfortable on the ball and looked to play through Spurs, who in turn were happy to sit back and looked to utilise the pace of Son in behind Joel Matip.

Mane did force a couple of good saves out of Lloris in the first half, but the Champions finally took the lead with virtually the last kick of the half. The Reds took advantage of a rare bit of space in behind Spurs, Sadio Mane running beyond the host’s defence, before squaring it to Roberto Firmino who had the simplest of tap-ins.

Jose Mourinho was forced to replace Harry Kane at the interval with what looked like another injury to his left ankle, and the second half couldn’t have started any worse for the North London side – Liverpool doubling their lead inside two minutes of the restart as Hugo Lloris palmed Mane’s shot into the path of Trent Alexander-Arnold, the full firing back across the French international ’keeper.

Spurs responded quickly though and instantly reduced the deficit back to one, Pierre Emile Hojbjerg cutting across ball and smashing an absolute thunderbolt beyond Alisson from 20 yards for his first goal for the club since his summer move from Southampton.

Liverpool were the greater threat though and would have a goal of their own disallowed as Mohamed Salah had smashed the ball past Lloris on 56 minutes, only for VAR to spot a handball by Firmino earlier in the passage of play.

However, 10 minutes later the Reds had the third goal that their attacking play deserved, Joe Rodon failing to deal with Alexander-Arnold’s raking ball in behind, with Mane finally getting his goal as he thumped the ball past Lloris with his left.

Speaking afterwards, Jose Mourinho said the game was decided by his side’s ‘mistakes’, both individual and as a team.

“It’s very hard to resist so many defensive individual mistakes – unless you score four goals against Liverpool,” he told BT Sport. “Every time we came back the next mistake was coming.

“The first ball was the beginning of everything because in the first minute a mistake and then a chance for Sadio Mane.

“The team was confident, playing well, Son Heung-min goal was obviously offside, then when the game was stable and we were very much in the game and then comes the goal that is a replica of the first chance they had. So minute one and minute 48, we made the same mistake.

“At half time we lost Harry Kane and in the first minute of the second half another mistake another goal. Good reaction at 2-1, the team fighting and bringing Liverpool back and then one more mistake and it’s 3-1. Very difficult to fight against so many mistakes.”

The result leaves Mourinho’s side in sixth, four points behind Liverpool, with a trip to the South Coast to face Brighton next up for the North London club.