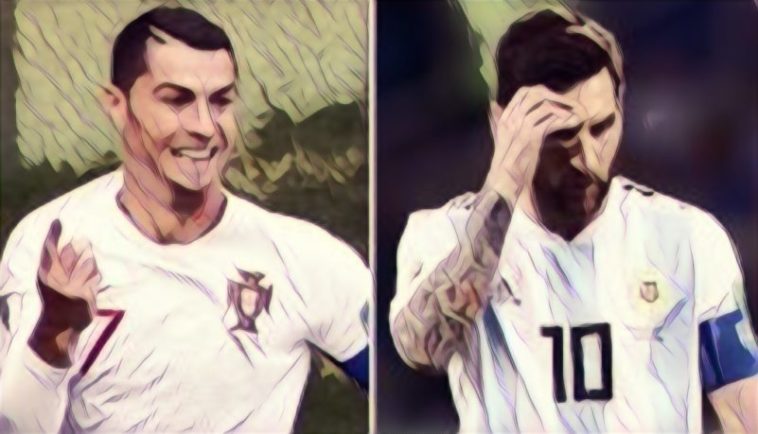 Manchester United boss Jose Mourinho reckons this summers World Cup in Russia will be the last time that we see superstar pair Cristiano Ronaldo and Lionel Messi on the World’s biggest stage.

Football fans have been spoilt over the last decade to witness the phenomenally gifted duo score over 600 career goals and win the a record breaking five Ballon d’Or’s each.

However with Ronaldo now 33 and Messi 31, Mourinho believes their time at the pinnacle of the game is coming to an end and he doubts that either player will represent their respective Country’s at the next World Cup in Qatar.

“Everybody knows that for the last decade Messi and Ronaldo were the best players on the planet.

“They did amazingly well for their clubs. They try to give the best of themselves to their countries.

“I think they both arrive at this World Cup, probably as their last one.

“Of course Cristiano, from a physical point of view, is a superman. He can be there in Qatar if he wants, but four more years at the highest level, to come back to the next World Cup, I feel it will be hard.”

It’s fair to say that Ronaldo and Messi have had very contrasting starts to their World Cup campaigns.

Ronaldo has been in inspirational form for Portugal netting four goals in his opening two games. Whereas Messi has cut a frustrated figure with Argentina, who drew their first game against minnows Iceland before suffered a humiliating 3-0 defeat to Croatia on Thursday.