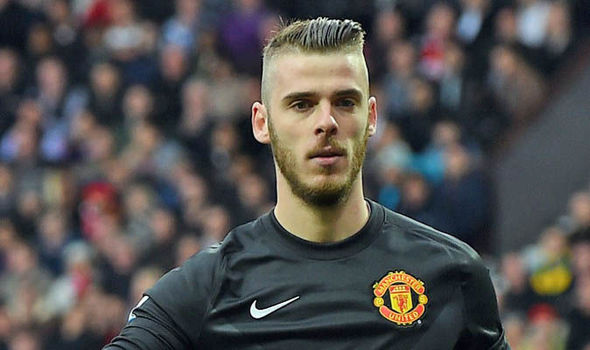 David de Gea is 100% categorically not moving to Real Madrid this summer according to Man Utd manager, Jose Mourinho.

It seems like the saga of every summer, David de Gea’s protracted transfer to Real Madrid. Will he, won’t he?

The Spaniard was literally minutes away from becoming a Real Madrid goalkeeper two years ago until the famous fax machine incident which saw him remain at Old Trafford, where he fairly quickly signed a new contract.

Rumours of Real Madrid’s interest resurfaced again this summer, although not as strongly, however Mourinho has now stated publicly that the goalkeeper is staying in Manchester:

“I can guarentee he isn’t going this season.

“My feeling is that it will be very difficult for him to go, he is a very honest boy.

“We opened the door and then they [Real Madrid] decided to close and I don’t think the feeling for him is very very good.

The comments suggest that Mourinho was actually willing to allow the Spaniard to leave the club this summer, but it was the European Champions who decided against the move. Whether this was down to the valuation (thought to be in excess of £60m) or the form of Keylor Navas is unknown, but what is sure is that De Gea will be at Old Trafford next season.

Mourinho was speaking ahead of a Manchester United’s fourth friendly match of the summer, where the Red Devils take on Los Blancos in Santa Clara, California. The teams will meet again in just over two weeks time (8th August) in Macedonia for the European Super Cup final as the winners of the Champions League and Europa League respectively.