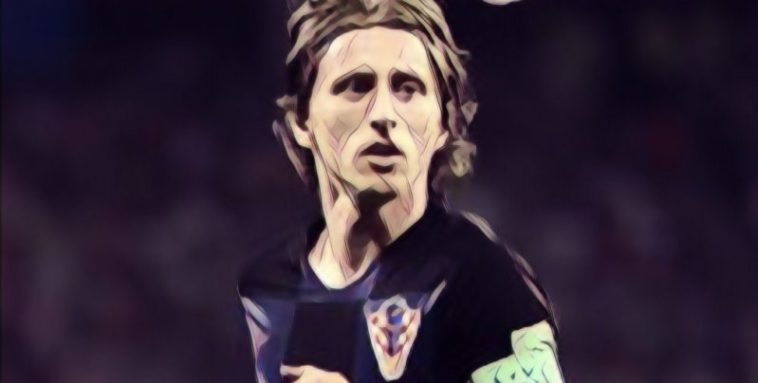 Croatia star Luka Modric blasted the English media and TV pundits for underestimating his side in the run up to their 2-1 World Cup semi-final victory over Gareth Southgate’s men last night.

Many observers had predicted that Croatia would be tired going into the crunch encounter in the Luzhniki Stadium, after the Balkan nation’s last 16 and quarter final games both went to penalties.

Gareth Southgate’s men flew out of the blocks and took the lead in just the fifth minute when Kieran Trippier curled a superb free kick into the top corner. Although England dominated the game during the first 45 minutes minutes, they were unable to get that all important second goal.

Croatia stepped things up a gear in the second period, with Ivan Perisic volleying home from close range to send the game in to extra, before Mario Mandzukic broke English hearts in the 109th minute when he took advantage of some tired defending to slot a tidy finish past Jordan Pickford.

Speaking after the game Croatia captain Modric was full of passion and hit out at perceived disrespect from the English media, suggesting a lack of respect towards his team.

“English journalists, pundits from television, they underestimated Croatia tonight and that was a huge mistake,” Modric told ITV.

“All these words from them we take, we were reading and we were saying ‘ok, today we will see who will be tired.’

“And like I said they should be more humble and respect more opponents. But we showed again that we we not tired, we dominated the game physically, mentally, in all aspects.

“We should kill the game even before extra-time, and this is an amazing achievement for us. It’s a dream come true for us after such a long time.

“We are in the final, it’s the biggest success in Croatian history in sport and we have to be proud.”