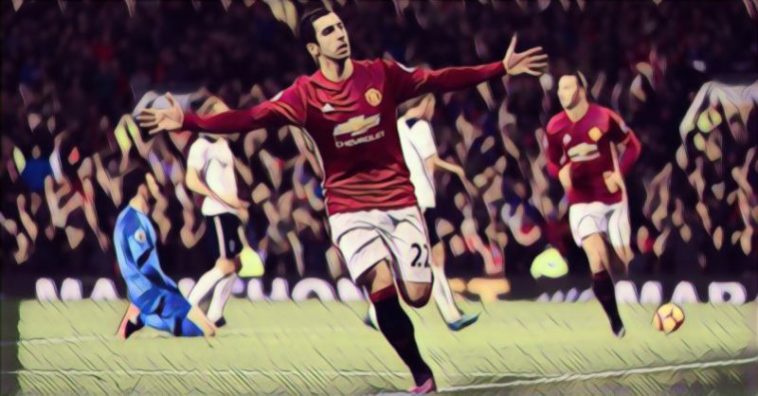 Manchester United attacker Henrikh Mkhitaryan is being linked with a sensational return to former club Borussia Dortmund, according to a reports by the BBC.

The 28-year-old Armenia international has recently fallen out of favour with United boss Jose Mourinho. Mkhitaryan was dropped for the match-day squad for the games against Newcastle and Basle, and although he returned to the squad and came on as a late substitute against Brighton yesterday at Old Trafford, he once again looked devoid of any believe in his own ability to effect the game.

Having made a slow start to his United career after arriving from the Bundesliga the talented 28-year-old began to show his potential the longer last season went on and finished the campaign with five goals and one assist in 25 Premier League appearances.

Many United fan’s were hopeful that after a season of settling in time, this season would see Mkhitaryan hit the type of form he produced for Dortmund in the 2015/2106 season, which saw him notch almost 50 goals and assists for Dortmund and ultimately earned him his big-money move to Old Trafford.

He began this season like a house on fire and contributed five assist in his first three games, but since then his form has nosedived badly and his manager confirmed what has been obvious to most Reds fans for a couple of months now :

“I was not happy with his last performances,”

“It’s not one or two, I am talking about three, four or five.”

“He started well this season but his performance levels, goalscoring, assists, high pressing, bringing the team with him as number 10, were decreasing step by step,”

It is a disappointing turn of events for United fans who had high hopes for Mkhitaryan – especially when you consider that he clearly has the physical and technical ability to thrive in the Premier League. However, much like in his early days at Dortmund it seems the player is once again struggling with the mental demands of playing for a top-club.

Dortmund have form for resigning their former players, with the Bundesliga side having welcomed Shinji Kagawa and Mario Goetze back to the Westfalonstadion in recent times, so there could definitely be an element of truth in this story.