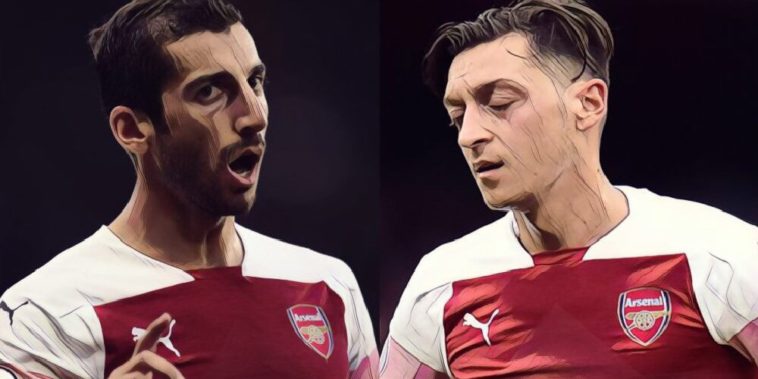 Paul Merson has doubts whether Mesut Ozil and Henrikh Mkhitaryan will be able to fit into Unai Emery’s preferred style of play at Arsenal.

Emery is known to favour a possession-based, high pressing game, with the team defending and attacking as a unit, with very few gaps in between the lines.

While it is expected to take a number of weeks for his system to be fully instilled into the Arsenal squad, Paul Merson has doubts of whether Mkhitaryan and Ozil will ever be able to grasp it:

“He hasn’t got the players to have a 20-yard gap between defence and attack, working hard. Ozil and Mkhitaryan are not those types of players,” Merson told Sky Sports.

“If you were building a team tomorrow, you’d want to play a high pressing game, work as a team, not to have gaps between the lines, and you’re not buying Ozil and Mkhitaryan.

“If you go the Arsene Wenger way, wanting to play entertaining, free-flowing, great football, then Ozil and Mkhitaryan will walk in any team in the world. But they will not get in teams that want to press!

“I don’t know if the current crop have gone past being able to learn that way of playing. That’s my concern. I don’t mean regarding their age, but in the way they play the game.

“Ozil’s future? I don’t know. I’m a big fan of him, he’s a quality player, but sometimes you watch him and the game passes him by.”