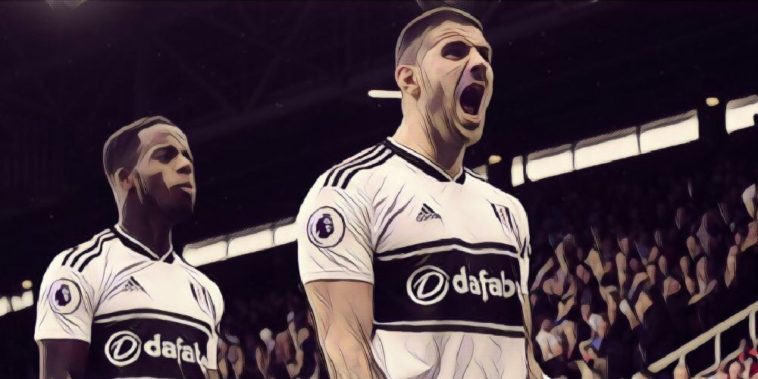 Fulham striker Aleksandar Mitrovic has said he is preferring the quieter life at Craven Cottage rather than the pressure cooker of a club that is Newcastle United.

The Serbian striker spent two-and-a-half goal shy seasons as a Newcastle United player before moving to Fulham in January, initially on loan, before making the move permanent in the summer having helped the Cottagers into the Premier League.

He made 72 appearances for the Magpies, but only managed to score 17 goals. However, despite his lack of goals for the Toon Army, he has hit the ground running at Fulham, already matching the 17 goals he scored for Newcastle but in less than half the appearances (29).

The 24-year old has revealed that Newcastle’s fanatical fans increased the pressure on him and prevented him from enjoying his personal life.

“Sometimes it is nice, but sometimes you want to be quiet and go out with your family. When you are not happy on the field, you just don’t want to think about football, [you want to] have your space.

“In Newcastle, there is no chance.”

Comparing that to his time in West London, Mitrovic has said that he is a ‘quiet guy’ and that he is now able to enjoy some time with his family.

“I can go to the city,” he continued.

“I am right on the river so it is always nice to have real space and time with your family. Nobody can disturb you. I enjoy it.

Mitrovic’s comments echo the experience of Damien Duff, who also moved from Newcastle to Fulham after a tough spell at St. James’ Park. The former Irish international spoke of one experience while eating at a restaurant chain with teammate Shay Given, where a fan told the winger, “you’re fuckin’ shit, Duff.”