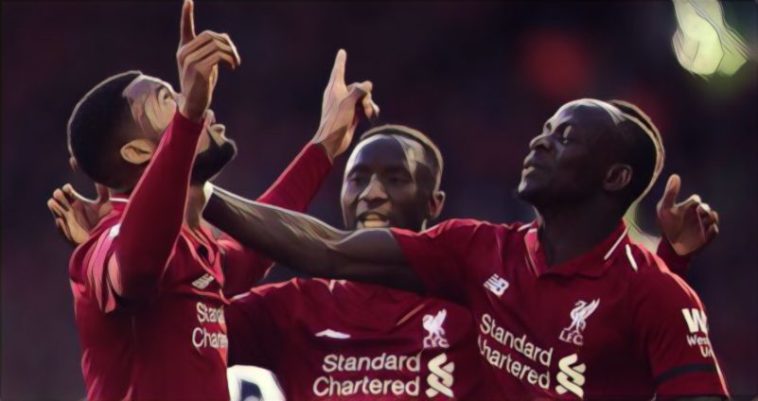 James Milner has described some of Liverpool’s play as ‘mesmerising’ as they climbed back to the top of the table with a 3-0 win over Bournemouth.

Much has been made of Liverpool’s recent slump in form, were they dropped four points in their last two outings to surrender top spot in the table, although Man City have played a game more.

However, while some have accused Jurgen Klopp’s side of bottling it in the title race, there was certainly no sign of that today, as the Reds regained top spot in fine fashion, with Sadio Mane, Georginio Wijnaldum and Mohamed Salah all finding the net.

Speaking after the game, Liverpool captain James Milner was delighted with his side’s performance.

“Some of the play was mesmerising. We could have scored more,” Milner told Sky Sports.

“We’re very lucky with squad we have, the movement, link-up and understanding. I thought it was a good team performance.

“The crowd was immense. There’s not many better in the country when it is like that – its like a 12th man.”

Wijnaldum put in an fine performance in midfield once again for Liverpool, and it becomes even more impressive with Milner’s revelation that the Dutchman was suffering with illness as recently as yesterday.

“It’s been a tough few weeks with players injured and ill. Georginio Wijnaldum was nowhere to be seen yesterday and then he produces a performance like that.”

Next up for Liverpool is Bayern Munich on February 19.