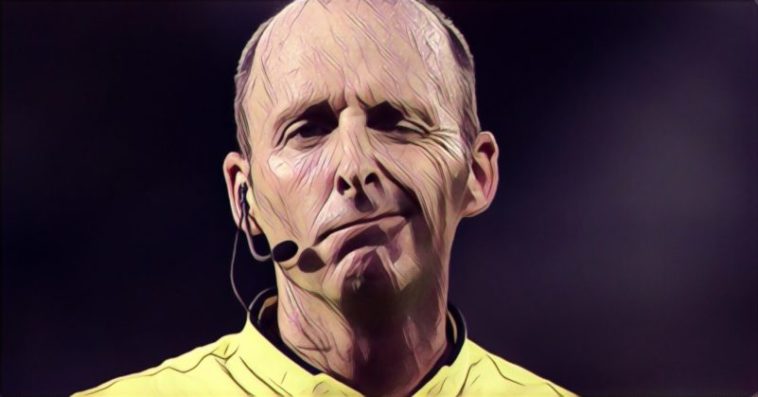 Premier League referee Mike Dean is on the verge of brandishing the 100th red card of his career ahead of Man City vs Chelsea this Sunday at the Etihad.

Few referees carry quite the reputation that Mike Dean does, but not all of it for good reasons. The Wirral-born official is the longest-serving of any ref in the top flight, but has gained notoriety for controversial on-field decisions and a penchant for unintentional comedy.

Dean is also well-known for whipping out red cards on a regular basis, something that is backed up by the numbers: since refereeing his first Premier League game back in 2000, he has sent off a player once every 4.7 games, more than any other current referee.

Set to take charge of Manchester City vs Chelsea at the weekend, Mike Dean could be about to complete something of a milestone in his career: his 100th red card ever.

That could be ominous for when the two sides meet this weekend, both of whom have had 18 players sent off between them over the years. That’s nine each, more than any other top tier club in Dean’s 19-year career.

What are the chances of either side seeing a tenth this weekend? Pretty likely actually, considering Dean has brandished the red card in almost half of the games he has overseen this season; nine in 19.

All statistics via Sky Sports.