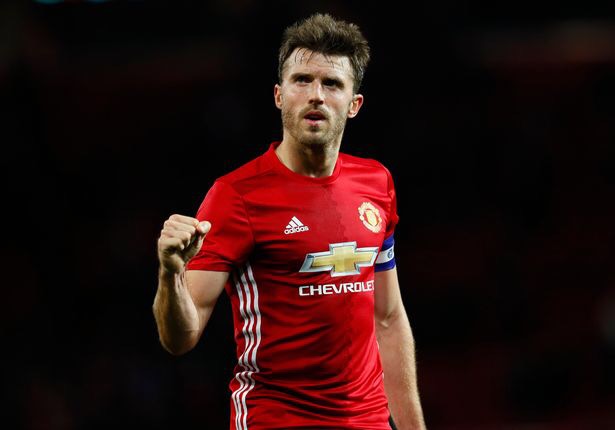 Manchester United will offer Michael Carrick a new deal to extend his playing career, whilst offering him a coaching role with the club’s U23’s according to reports.

The Mirror claim that Jose Mourinho has been impressed with Carricks professionalism and influence in both the dressing room and on the pitch, and even though the 36-year old only has two months left in his current deal, it looks as though he will be given the chance to sign a long term extension.

The new deal would probably see Carrick’s game time halved to between 15-20 games per season, whilst taking more responsibility in the background, especially with Manchester United’s Under 23 team.

It could see him both coaching, and playing with the Manchester United youngsters, where it is hoped he could pass on his extreme wealth of experience.

Carrick moved to Manchester United in 2006 from Tottenham Hotspur, and has had a glittering career at Old Trafford, winning five Premier League titles, one Champions League, last seasons FA Cup and two League Cups, including winning it this year. He has the chance to complete the collection in the Europa League final a week on Wednesday when Man Utd face Ajax.