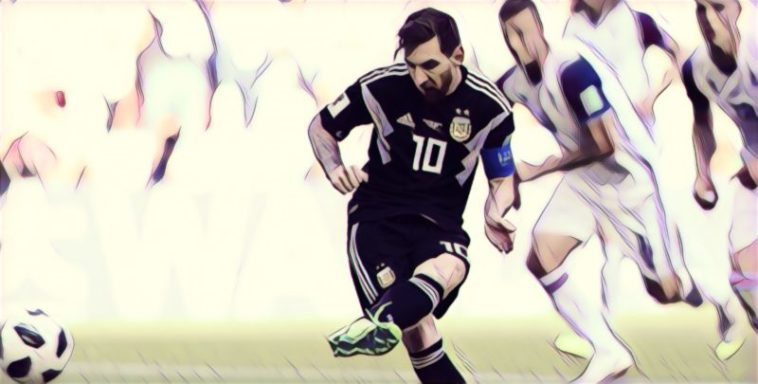 Argentina slipped to a disappointing 1-1 draw on Saturday in their opening World Cup fixture against minnows Iceland.

Jorge Sampaoli’s side took the lead in the 19th minute after Sergio Aguero finish smartly from 12 yards out, before Iceland striker Alfred Finnbogason finished from close range to bring the scores level in the 23rd minute.

Argentina dominated possession, but struggled to break down a resolute Iceland defence, although they were handed a golden chance to win the game when they were awarded a second-half penalty.

However, Lionel Messi’s tame effort was saved by Hannes Halldorsson and Iceland, who are making their World Cup debut held out for a famous draw.

Messi has missed several high profile penalties, and he has now failed to find the back of the net with five of his last 10 strikes from 12 yards out.

Speaking on ESPN, former Liverpool defender Steve Nicole said it was the wrong decision for the Barcelona star to take the crucial spot kick – considering his dubious recent record – and stated that it is time for the Argentina to had the duties over to somebody else.

“Lionel Messi was not on his game today, the penalty was a culmination of that,” he said.

“There was no end product and that is not something you associate with Lionel Messi.

“The answer is no, he wasn’t the right choice (for the penalty).

“When you’ve missed that many penalties previous to this one, then there’s no question.

“I don’t care who you are, whether you’re Lionel Messi and you have Sergio Aguero in your side who’s dynamite from the penalty spot.

“So yes it’s a problem, and it’s only a problem that’s going to go away when Messi decides it’s time for him to stop taking them.

“He just doesn’t look confident when he’s standing up with the ball on the penalty spot.”