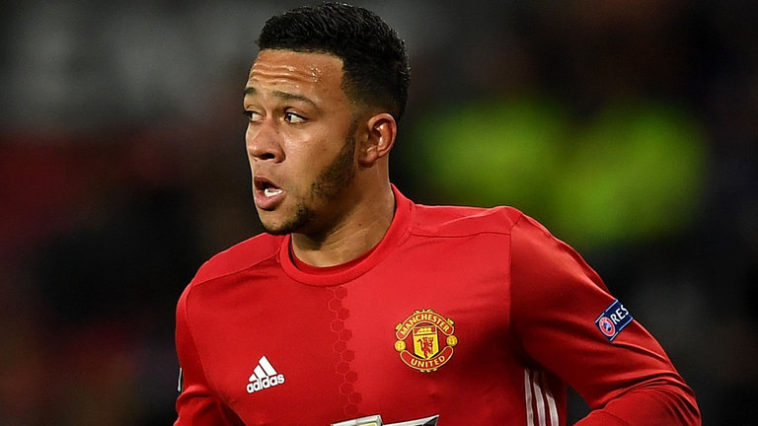 Manchester United have agreed a deal with Ligue 1 club Olympique Lyonnais regarding the sale of Dutch winger Memphis Depay.

Earlier today, French publication, L’Equipe, claimed that the winger had agreed personal terms with Ligue 1 club Olympic Lyonnais and describe the potential contract to be a ‘long term agreement’ but at the time, the two clubs hadn’t reached an agreement over the transfer fee for the player.

United had previously rejected two offers from Lyon of  €12m and a €15m, and submitted a third bid of €17m late on Tuesday. It was thought that this offer would be unacceptable for Manchester United, who were holding out for a closer to €23m (£20m).

However, reports this evening claim that Manchester United have accepted this offer, which includes a multitude of clauses and addons. It is thought that the deal could be worth up to €25m, and includes not only a sell-on clause, but a but back-back clause as well.

The Dutchman moved to the Premier League last summer to unite with his father figure, former manager Louis van Gaal. However his debut campaign didn’t go well, with many people criticising the youngsters attitude and dedication to training, as well as his poor performances on the pitch. Under Jose Mourinho, Memphis’ fortunes have not improved, and has made just eight appearances for Manchester United making just one start under the Portuguese manager this season.

Despite publicly stating he prefers to keep Memphis at the club, Mourinho admits he can’t deny him a transfer in light of his recent lack of action on the pitch.

Everton were also thought to be interested in taking Memphis to Goodison Park, but a move has seemingly not materialised and Memphis looks set to move to the South of France.