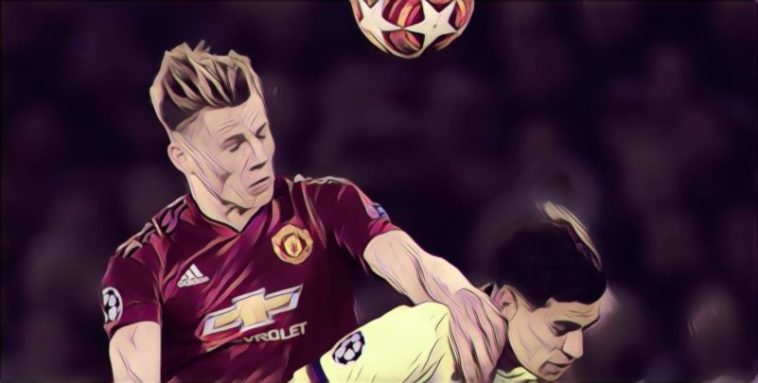 Manchester United midfielder Scott McTominay has admitted his side need to improve in front of goal after their 1-0 defeat to Barcelona at Old Trafford.

Although Ole Gunnar Solskjaer’s side worked tirelessly and made life difficult for Barca at times, United lacked quality and composure in the final third, failing to register a single shot on target throughout the 90 minutes.

An unfortunate own goal from United defender Luke Shaw in the 12th minute was enough to hand Barca victory and now means that the La Liga leaders will be massive favourites to progress to the semi-final stage when the two teams meet again at the Nou Camp next week.

One bright spark for United though was the hugely impressive performance of young midfielder McTominay, and the 22-year-old midfielder admitted after that his side had come up against a top class Barca outfit.

“In the first 10 minutes we showed them far too much respect but after that we adpated really well and looked the better side. It was an entertaining night to watch on the TV,” McTominay told BT Sport.

“Barcelona are top class, it’s difficult to get the ball. It’s not as easy as going out to press like mayhem.

“We have to do more in front of goal, score more goals. It’s a big second leg to go. It’s only half time. We are Manchester United and you can never write us off.”