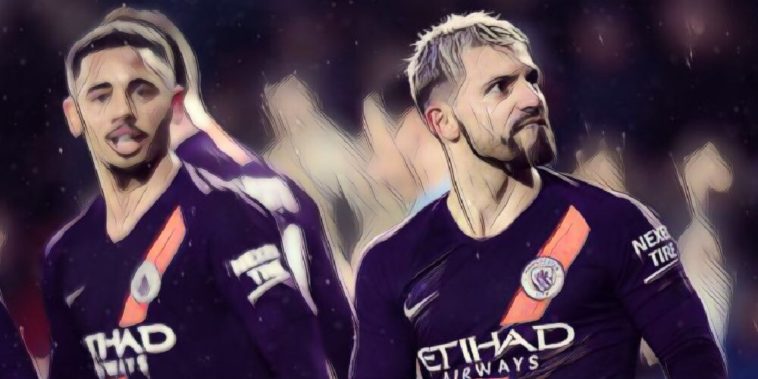 Sergio Aguero said that Manchester City ‘always believed’ after coming from behind to beat Swansea 3-2 and reach the FA Cup semi-finals.

Aguero headed home the winner as City reached the last four to keep their quadruple hopes alive, but Pep Guardiola’s side did it the hard way having come from two goals down at half-time to win in South Wales.

Bernardo Silva pulled one back for City with a stunning, outside of the boot effort, before a contentiously awarded penalty brought City level. Aguero’s spot-kick hit the post, before going in off Swansea goalkeeper Kristoffer Nordfelt for an own goal.

There was also controversy surrounding Aguero’s winner, with the Argentine looking offside as he headed home Silva’s cross to seal a comeback victory.

The win keeps alive City’s hopes of an unprecedented ‘quadruple’, and Aguero says the always had the belief that they would turn the tie around.

“Sometimes these comebacks happen, it is important that we’ve qualified for the semi-finals, so we’re happy,” Aguero told BT Sport.

“We always believed it would come, always we fight.”