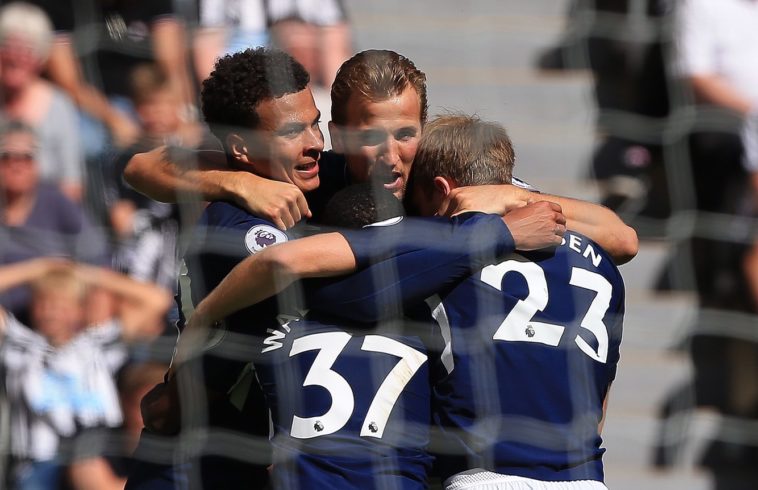 Goals from Dele Alli and Ben Davies condemned 10-man Newcastle United to a 0-2 defeat on their return to the Premier League.

Newcastle finished last season as winners of the Championship and looked solid until Jonjo Shelvey stamp on Dele Alli early in the second half.

Spurs proceeded to dominate following the sending off and were rewarded in the 61st minute when Alli converted from close range following an exquisite cross from Christian Eriksen.

Newcastle attempts to hold on to a slender defeat lasted only nine minutes as a quick and precise passing move found it’s way to Davies who slotted the ball under Rob Elliot.

When Alli was asked after the game about the incident with Jonjo Shelvey, this is what he said:

Alli, meanwhile, said “there was no need” for Shelvey to react as he did.

“I’m sure he’ll be disappointed,” said the Tottenham attacker. “It was important we stayed professional. I don’t want to talk about it too much.

The positives for Newcastle are that their team never gave up and still looked to threaten Hugo Lloris will Christian Atsu and Ciaran Clark having efforts late on.

There was some minor controversy early in the first half when Harry Kane attempted to tackle Florian Lejeune, he got the ball but dangerously scissored the Newcastle man, leaving him injured. Kane only received a yellow card.

When asked about the incident Rafa Benitez had this to say