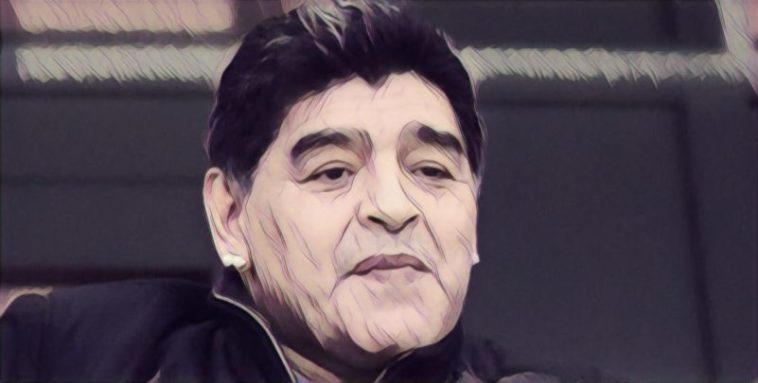 While the streets of England ring out to the sound of “It’s coming home,” one of the country’s oldest footballing enemies, Diego Maradona, has incredibly claimed that Colombia were robbed during their World Cup knockout defeat to the English on Tuesday night.

England progessed to the World Cup quarter finals after a nail biting penalty shoot-out win over the South American side, after the game finished had 1-1 after extra time.

England took the lead in the second half when Harry Kane slotted home from the spot to score his sixth goal of the tournament. However, the Three Lions felt that all so familiar crushing blow when Barcelona defender Yerry Mina headed at the death to take the game into extra time.

Gareth Southgate’s men would go on to claim their first ever win in a World Cup penalty shoot out, but Argentina legend Diego Maradona doesn’t think that England’s initial penalty should have been awarded:

“The penalty was not a penalty – it was a foul by Kane,” Maradona told Venezuelan TV station Telesur.

“I’m reeling because when I spoke to [FIFA president Gianni] Infantino the first time, everything had changed at FIFA: the thieves had left, the fixes, everything.

“And today I saw a monumental robbery on the pitch. I apologise to the Colombian people, but the players are not to blame as we don’t choose the referees.

“The referees are chosen by [Pierluigi] Collina, who was appointed by Infantino to change the new FIFA from thieves and fixers, and today we saw the opposite – an old and fixed FIFA.”

Has the hand of God been offered a gift from Columbia. Well that is something not to be sniffed at.?