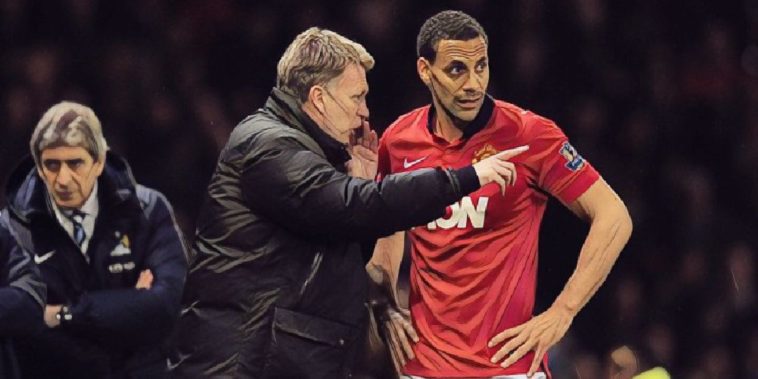 Rio Ferdinand has admitted to having ‘heated meetings’ with former Manchester United manager David Moyes, though rubbished suggestions he was shown videos of Phil Jagielka in a bid to improve his game.

Moyes was appointed as the successor to Sir Alex Ferguson back in 2013 before enduring an ill-fated stint at Old Trafford, lasting less than a year in the role before being sacked following a disappointing debut campaign.

One of the long-standing suggestions from Moyes’ Manchester United tenure was that the Scot attempted to use video footage of Everton’s Jagielka as an example to Ferdinand and centre-back partner Nemanja Vidic – despite the duo being recognised as two of the finest defenders in Premier League history.

However, Ferdinand has now set the record straight, describing it as ‘some mad tale that’s come out of nowhere.’

“I don’t know where that came from to be honest, that’s something that never happened,” Ferdinand said on the 606 Savage Social.

“Listen, Phil Jagielka was a very good player. I’m sure he wouldn’t have shown us videos of Phil of how we should be doing this and that, but I don’t know where that came from. That’s just some mad tale that’s come out of nowhere.

“Someone has dreamed that up and it’s become a great meme.”

The former England international did admit that both he and Vidic had some ‘heated discussions’ with the former Red Devils’ boss, however, admitting the duo did not always agree with Moyes’ defensive set up.

“To be fair, we did have some heated discussions if I’m being honest,” he admitted.

“There were a few heated meetings between myself, Vida and David Moyes.

“We didn’t agree with certain things and the certain ways things were being done. Set-ups from a defensive perspective etc.

“He wanted certain things, we didn’t really agree with certain things he was saying, but that’s football and I think David Moyes will probably have had that before with many different players so we weren’t the first and I’m sure we won’t be the last.”