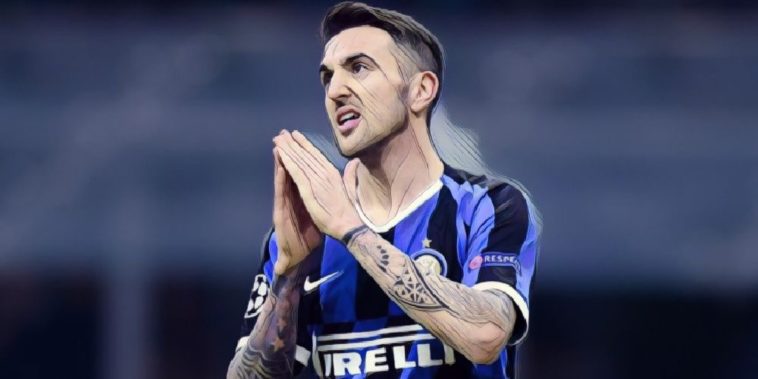 Manchester United have reportedly seen a loan offer rejected for Inter Milan midfielder Matias Vecino, as they look to bring in reinforcements ahead of next week’s deadline.

Manchester United‘s form continues to be inconsistent on the pitch, and after yet another poor result last night at home to Burnley, Ole Gunnar Solskjaer has admitted the need to bring in both quality and numbers to a side which is sorely lacking both.

Paul Pogba and Scott McTominay’s injury lay-offs have heightened this need for reinforcements, but coming into the season, there was a clear lack of quality in this department regardless.

With the transfer of Bruno Fernandes potentially in doubt, with some outlets reporting the deal to be off, United’s attentions appear to have turned to Matias Vecino. The Uruguayan midfielder has made 17 appearances for Inter this season, scoring twice and registering one assist.

United are said to be in discussions with the Italian side over the acquisition of the 28-year old, as they look to find a short-term solution to their injury problems.

However, Sky Italia have reported that Inter have rejected United’s loan offer, and seemingly want a permanent deal with money involved if they are to hand Vecino over to United.

Napoli are also interested in signing the midfielder, a deal which could see Brazil international midfielder Allan move in the opposite direction.