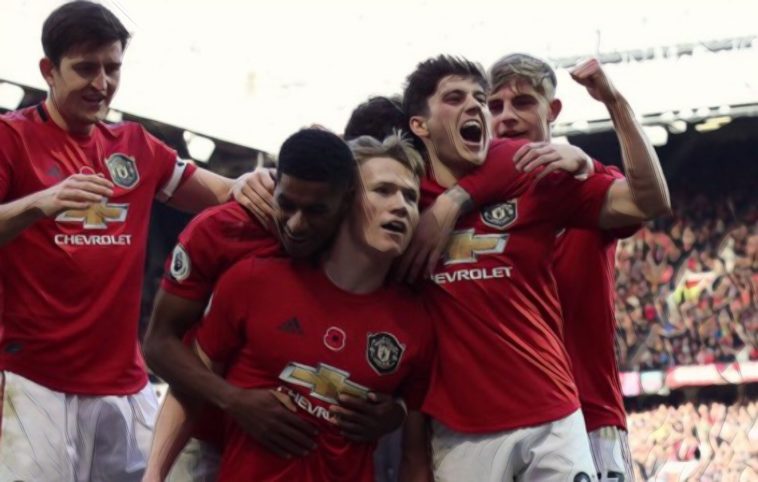 The Man United squad has been ravaged by injuries in recent weeks but the squad has been boosted by the return to training of Luke Shaw, Nemanja Matic and Axel Tuanzebe.

Left-back Shaw has rejoined the club’s main group for training as he steps up his recovery from a hamstring injury that has sidelined him since the defeat to Crystal Palace in August.

Fellow defender Tuanzebe has also returned to training, having not played since being a late withdrawal for the draw with Liverpool last month.

According to the club’s official website, Matic could also return this weekend, in what could prove a welcome boost following the ankle injury suffered by Scott McTominay against Brighton.

Speaking at his pre-match press conference ahead of this weekend’s trip to Sheffield United, Solskjaer said: “Scotty hurt his ankle so he’ll be out for still a couple of weeks, I reckon, so he won’t be ready for this week,

Pogba has featured just six times for United so far this season and has not played since the draw with Arsenal in September, though Solskjaer confirmed the midfielder’s rehabilitation has stepped up over the international break.

“He had another test and a scan at the start of the international break and he’s not healed yet. But he’s stepping up his recovery and he’s out of a cast so he doesn’t have to have a cast on.

“He was in one for six or seven weeks. You do lose loads of muscle so he’s gradually now just stepping up walking on the treadmill, biking with a free ankle. It will still be a few weeks.

Elsewhere, Timothy Fosu-Mensah and Eric Bailly have stepped up their recoveries from long-term knee injuries, whilst Diogo Dalot has returned to training but is still some way off returning to full fitness.

Speaking on the two defenders, Solskjaer added: “Tim (Fosu-Mensah) and Eric (Bailly), they’ve had knee injuries and they’ve been out for a long time.

“They’ve stepped up the recovery. They’re not joining in with the team yet but they’re not far away,”

Seventh-placed United head to Bramall Lane this weekend to face in-form Sheffield United, the newly-promoted side enjoying an impressive start to life in the Premier League and currently sitting fifth in the division.