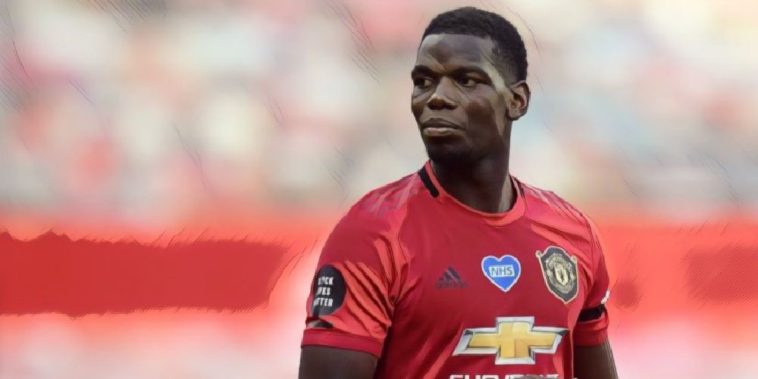 Rio Ferdinand reckons Paul Pogba is enjoying a ‘new lease of life’ at Manchester United, with Bruno Fernandes having lifted the ‘burden’ of expectation on the World Cup winning midfielder.

Since his £89 million move from Juventus back in 2016, Pogba has often been expected to do virtually everything in the Manchester United midfield, and despite scoring 26 goals and providing 27 assists in 107 Premier League games since his return to Old Trafford, there has often been a question mark over his ability to be the heartbeat of the United side.

The Frenchman had been restricted to just eight appearances this season before the shutdown, the 27-year-old having been plagued by a number of troublesome ankle injuries. However, he returned to a side that had been bolstered by the January arrival of Bruno Fernandes, who had helped the Old Trafford outfit on an impressive unbeaten run before the lockdown.

There were questions about whether Ole Gunnar Solskjaer would be able to utilise his two midfield stars in the same team, though Pogba has seemingly relished operating in a slightly deeper role, with Fernandes taking up the mantle as the creator in chief in the number 10 role.

The set up has seen Pogba being afforded time and space to dominate the midfield areas, spraying balls around the various Premier League pitches with consummate ease, while adding a further goal and assist to his tally, and former Red Devil defender Rio Ferdinand reckons Fernandes’ arrival has relieved Pogba of his previous burdens.

“He’d have been licking his lips in the training ground listening to the lads,” Ferdinand told BBC Radio 5 Live.

“What happens is, the boys come off the training pitch and they are talking about ‘the new signing, he’s unbelievable, he’s this, he’s that’.

“Paul will have been sat there thinking, ‘I want to see this, I want to see if this is the truth, if he’s really this good and I believe I’ll be able to play with him’.

“Paul has come in and had a new lease of life where he doesn’t feel as though all the responsibility in terms of the creative aspect is about him and has to go through him – I think that was a big burden on him.”

Next up for fifth-placed United is a home game against Southampton on Monday night, but with four games remaining, they are now just two points behind third-placed Chelsea, and with a game in hand following the Blues dismal 3-0 loss to Sheffield United on Saturday.