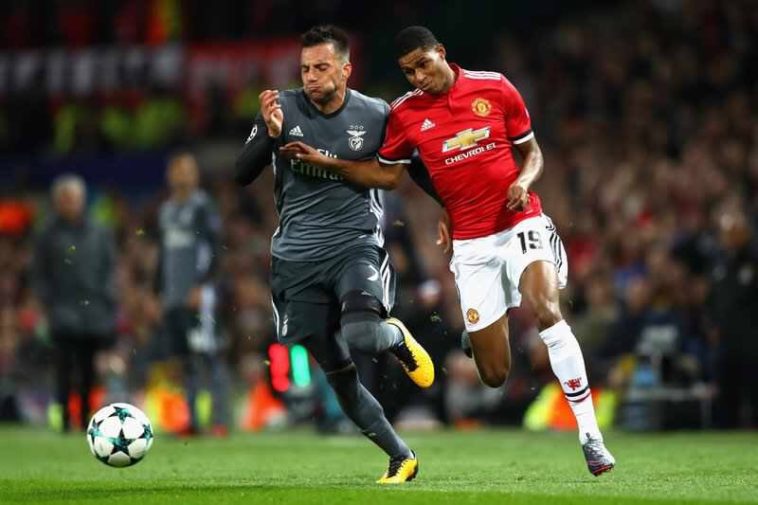 Manchester United beat Benfica 2-0 to all but secure their place in the knockout round of this years Champions League.  Here are five things that we learned.

Jose one eye on Chelsea

Despite saying in his pre-match press conference that the team were only thinking about this game against Benfica, José Mourinho clearly had one eye on the weekend fixture against Chelsea.

With a whole host of injury worries, the former Chelsea boss decided to give Antonio Valencia, Phil Jones, Ashley Young, Ander Herrera, Henrikh Mkhitaryan, and Marcus Rashford a rest ahead of Sunday’s game at Stamford Bridge.

After drawing criticism at the weekend against Spurs, £75m striker Romelu Lukaku put in another underwhelming performance upfront for United. The Belgian looked lazy for the majority of the game, in which he spent waving his arms around in the air aimlessly and rarely testing the Benfica back line.

United fans will be expecting much more work rate from the big man upfront in future.

After scoring 11 goals in his first 10 games, Lukaku has failed to hit the back of the net in any of the last six since the last international break. The fact that Anthony Martial and Daley Blind struck the two penalty kicks for United was quite telling.

While he has plenty more to learn in his development he demonstrated that he has the tenacity, determination, ability and vision potentially forge a career for himself at Old Trafford.

United look to have run out of ideas

Manchester United’s most attacking players were once again Anthony Martial and Marcus Rashford. It was the Frenchman’s turn to start today and he was an absolute menace down the United left, as was his second half replacement Rashford in the second half.

The duo single-handedly won Manchester United two penalties on the night, with Martial missing the first and Daley Blind smashing home the second.

However apart from these two individuals, the United side as a whole looked devoid of ideas. There was very little movement and very little space being created in a flat an uninspiring performance.

There has been much criticism of Paul Pogba since his big money move to Old Trafford, but it has been in his absence that his influence is most felt.

Pogba has an ability to spread the play, stretch the game, create a chance and drive into space like nobody else at Manchester United.

It is no coincidence that since his injury, and the subsequent injury to his direct replacement Marouane Fellaini, that United’s performances have gone flat.