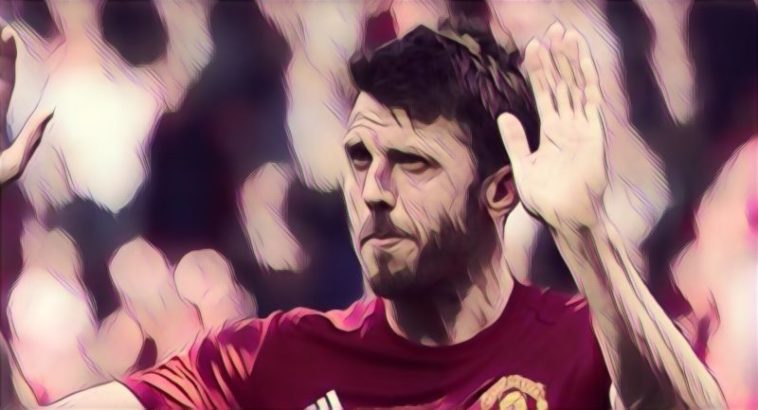 Marcus Rashford’s first half goal ensured that United ended the season with a 1-0 win over Watford.The game ebbed and flowed with a distinctly end-of-season feel as United named a lineup shorn of most of their first team regulars, with one eye on the FA Cup final against Chelsea next weekend.

Michael Carrick captained the side in his final game at Old Trafford before he transitions to a spot on the coaching staff for next season. He was involved in United’s goal, sending a measured ball over the Watford defence for Juan Mata, who squared for Rashford to place the ball past Heurelho Gomes.

United stayed in control for most of the game, barring one moment where Richarlison ghosted past Eric Bailly, only to see his header brilliantly saved by Sergio Romero. In the end, the game little effect on either team’s season. Watford finished their campaign in 14th place, while United ended in 2nd.

Carrick leaves with a reminder of his class

It was fitting that in his last game, Michael Carrick would once again remind those watching of his unerring knack to pick a pass. His spotting of Mata’s run beyond the Watford defence, combined with the execution of his pass, was sublime. It rolled back the years to give a glimpse of one of the most important players of the later Ferguson era.

Even at the age of 36, the Englishman was unflustered in possession, recycling the ball and spreading play with ease. The last member of United’s Champions League winning team has now stepped down, and leaves behind a glittering career, where he won all that English club football had to offer. Calm, intelligent and composed, he will make an excellent addition to the United technical team.

One man who will not be back at United next year is Jose Mourinho’s long time assistant Rui Faria. Faria and Mourinho have worked together for 17 years, and the support staff member is stepping away to take a break from the constant swirl of the world of football, before embarking on his own managerial career.

Mourinho had a lovely message for his old friend before the game, wishing him the best of luck, expressing his gratitude and admiration for a man he regarded as a student and confidante. It will be interesting to see who Mourinho appoints as his assistant to replace Faria. Mourinho has not had a major job without his trusted lieutenant, and this adds an extra challenge into the mix for the off-season.

Watford’s form has dropped off a cliff over the tail-end of the season. Managerial changes have left the side unsure, and with only one win in the last nine games of the season, questions have to be asked about the side’s mentality. Today, the Hornets used Andre Gray and Troy Deeney as their main strikers, but neither of them had any real impact on the game.

Over the course of the season, both forwards have been disappointing. Richarlison has not been able to maintain his form from the start of the season either, and this has resulted in stunted performances from the forward line. At the other end of the pitch, they have conceded more goals than Swansea or West Brom, both of whom got relegated. They have been inconsistent at best, and unless changes are made over the summer, a relegation battle looks to be on the cards for the 2018/19 season.

End of Martial at United?

When Mourinho was discussing the lineup for this game, he made it clear that Anthony Martial would be starting, another chance for the Frenchman to prove his worth. Unfortunately for the young star, he was spotted driving away from Old Trafford before the teams were made official.

News emerged that he was struggling with an injury he had picked up in the days leading up to the game, and had been replaced in the starting eleven by Alexis Sanchez. This will be a blow to Martial’s hopes of staying at United. This could have been his chance to play himself into contention for a spot against Chelsea next weekend, but now he is in a race to even be fit for the game. It would not be a surprise to see the enigmatic youngster depart Old Trafford in the summer.

Focus shifts to the final

United’s season is not quite done yet. They have the small matter of an FA Cup final date with Chelsea at Wembley to contend with. It is their last chance to salvage something from what has been a largely disappointing season. The team has been on a low-energy ebb ever since they beat Spurs in the semi-final, and it is up to Mourinho to shake his squad back to life for the final.

The players in the squad today did not particularly impress, and Mourinho is likely settled on his starting lineup. The onus will not be on ensuring players like Lukaku and Martial are fit enough for selection. This is Mourinho’s chance to end a difficult season on a positive note.