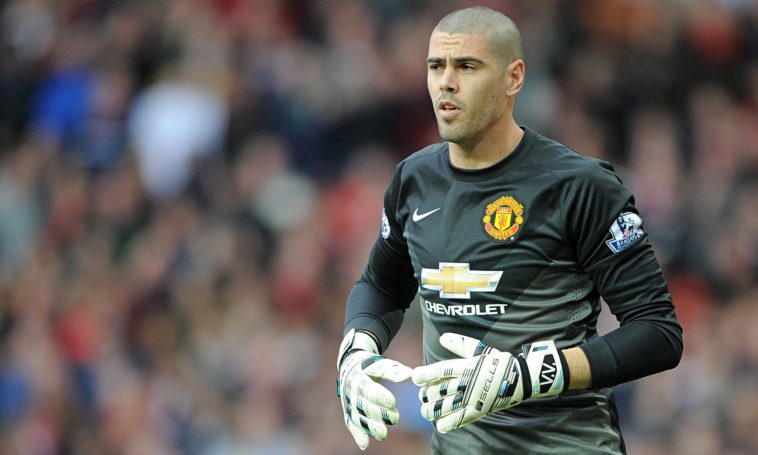 Manchester City have been linked with a move for former Barcelona and Manchester United goalkeeper, Victor Valdes.

Valdes is of course now playing his football for already relegated Middlesbrough and is believed to have a release clause in his contract allowing him to leave if the club got relegated.

According to the Bleacher Report, Manchester City officials have already made contact with the Spanish goalkeeper regarding a move to the Etihad this summer.

He had been reportedly keen on a move back to La Liga with Malaga and Deportivo La Coruna leading the chase. But interest from Manchester City, who could out pay the majority of Spanish clubs, as well as being reunited with his former boss at Barcelona, Pep Guardiola, could be a decisive factor.

Valdes of course famously joined Manchester United in 2014 when Louis van Gaal invited him to train with the club as part of his rehabilitation from a serious knee injury. He went on to make just two appearances at the end of the 2014/15 season.

Then, that summer, a row with the Dutchman about playing with the reserves saw Valdes banished from all first team activities, and he even had his club suit taken from him, before being allowed to leave last summer by Jose Mourinho.

This season at Middlesbrough, he has made 28 appearances but has been unable to secure Premier League football, meaning he will most likely leave for free.

Manchester City are likely to let Joe Hart and Willy Caballero leave the club this summer, and with Claudio Bravo looking like an accident waiting to happen, Valdes could find himself getting a lot of game time at the Etihad, should he decide to move back to Manchester.